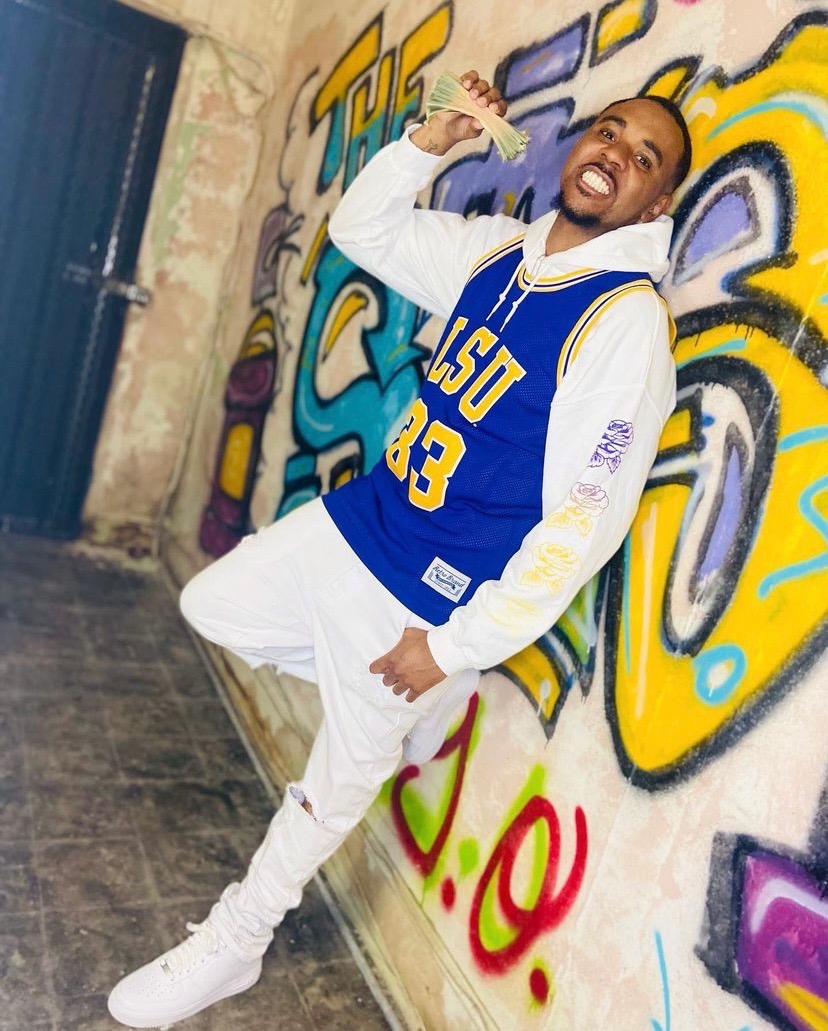 Tevin Satcher (March 23, 1994), known professionally as Trap Teezy (TMTeezy, Trap Money Teezy), is an American trap rapper and songwriter.  Trap Teezy is from Central City, Anniston, Alabama.  His hometown’s culture has been a major influence on his rap style and delivery.  He is an original member of Anniston’s trap/rap group CDG.  He has been honing his craft since he was 16.  Trap has been featured on several tracks and live performances with fellow local trap artist and original Sanbox Entertainment (SBE) member, Alejandro Sosa (Dro Sosa).

Tevin began his career as an independent artist when he was 16 and released his first song and video “I Love Money” at the age of 20.  In 2022 he signed a recording contract with Sanbox Entertainment.  He soon released his first self-titled EP “Trap Teezy”.  Working with SBE, Trap Teezy recorded his blazing hot debut single “Osama” which drops on all streaming platforms May 28th, 2022.

Trap Teezy is gearing up to make back-to-back single releases for the rest of 2022.  Trap Teezy’s music gives old school rap vibes from a new school trap perspective, which is becoming the traditional sound from the streets of Central City, Anniston.