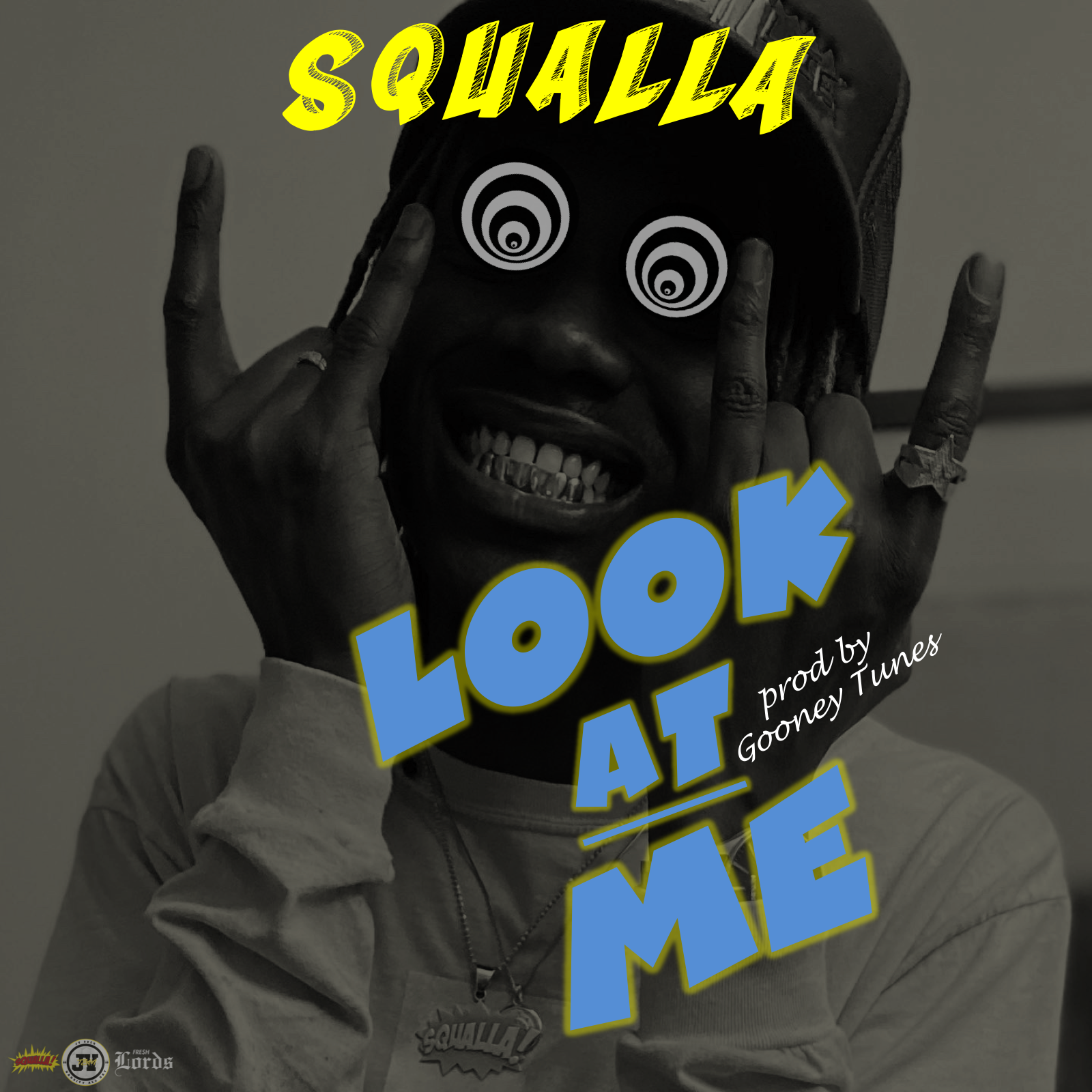 Tweet
LOS ANGELES, CA [September 4, 2020] — Coming off a brief, yet worthwhile hiatus, Houston-born, California-living hip-hop artist Squalla makes a monstrous return with his brand new single “Look At Me” out now on all platforms. Always bringing a unique sound and energy to the track, Squalla’s fans can expect the same effort on this Gooney Tunes-produced record. Equipped with confident bars, a mesmerizing flow, and a perfect backdrop to lay his lyrics down, it’s safe to say the Houston emcee delivered tenfold on his first single release in two years. To add to the excitement, Squalla also delivered an exciting and trippy video courtesy of SwaySeason, where the free-spirited and braggadocios spitter shoots some hoops, kicks it with a slew of pretty girls, and forces you to do exactly what the song title says.
First getting his start in 2016 with his debut album Anxiety, Squalla has been hard at work and quickly building a name for himself down south and beyond. Since the release of his debut, Squalla has received major press coverage across notable platforms, has worked with the likes of Zaytoven and Honorable C Note, and most importantly has begun to grow a loyal fan base supporting his every move. Squalla has since relocated to Los Angeles to take things a step further and continue to put himself in position to win. While 2020 has been a topsy-turvy year to say the least, “Papa G” has no intention of slowing down any time soon.
Stream and Download Squalla’s brand new single “Look At Me” (prod. by Gooney Tunes) out now!
VIEW HERE!