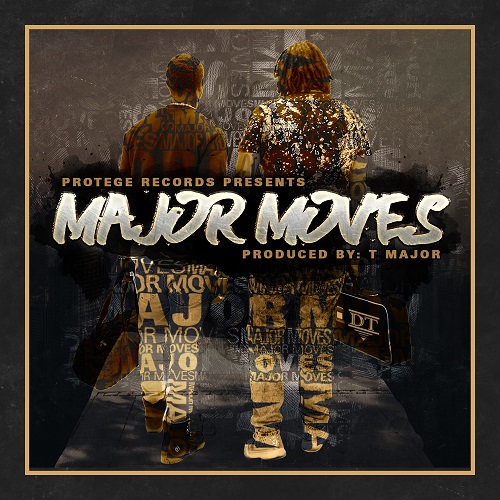 Major Moves: By DT The Artist, Produced by T Major

Hailing from the City of Toronto, DT has been putting in work locally, and internationally for years. Major Moves is a culmination and expression of the last 3 years in DT’s Life. Released under Protege Records, DT has plans to build a tour around the Major moves brand. Coming together with T Major to build the project, the 2 brought together a gritty, and Dark mix, while still maintaining a vibrant sound. The beats paired along with DT’s Raspy voice, share pain, and a breadth of experiences, while creating a project that most can relate to. The Major Moves EP is a collection of 4 tracks 1. We Doing Good 2. Major Moves 3. Caribbean Wine 4. Believe That. All tracks were recorded at the 4 Sound Media studio in Toronto, and mixed and mastered by Mailman. the pictures for the project were taken by Mr. 4DH, and Keisha Visionary photos. along with the Graphics campaign by Lisa Tarasca (missezlii.fx@gmail.com)

DT credits his knowledge of the music industry and his ability to manoeuvre and travel the world to is mentor “Spice” who taught him the game. And to add to that credits Bonnie Godiva with a lot of his new found success, and multiple performance opportunities.

Now that the project is released DT will be hitting the road to Promote the Major Moves EP, and start shooting the Music Videos, and Mini movie features.

The project is now available on all sites to be streamed or purchased with links attached.

For more information on DT, and the Major Moves project, you can check