New York rapper JoJo2amazing takes us along for quite the ride with his new song and music video “Long Road” ft Florida’s own Trill Will. This is an ODBM (OnDaBeatzMafia) collaboration with Trill Will’s label; Full Circle Music Group, whom is partnered with Universal Music Group. JoJo2amazing, the owner of his independent label ODBM, shows his team strengths on full display. First let’s start with the beat! We can all agree that this Beat is a banger alone, and was produced collaboratively by two producer on the ODBM team. Both Arrari Karvetti and Hi-zenberg ODBM joined forces to bring us this complete masterpiece of an instrumental. The song was then Mixed and Mastered by JoJo2amazing himself after all the vocal recordings were produced. Both producers brag how they made this beat from scratch, with custom samples as well, but that’s not all. The video itself is a nail bitting 5min short film which was filmed by both Arrari Karvetti and JoJo2amazing. The film was also directed and edited by JoJo2amazing as well. As for the actual video, it is a storyline that if you are lucky.. You haven’t actually experienced this yourself. Without giving to much away, it is a story of betrayal. And my goodness, it reminds you to not only keep your friends close. But know exactly who your enemies are. Which is a valuable lesson indeed. 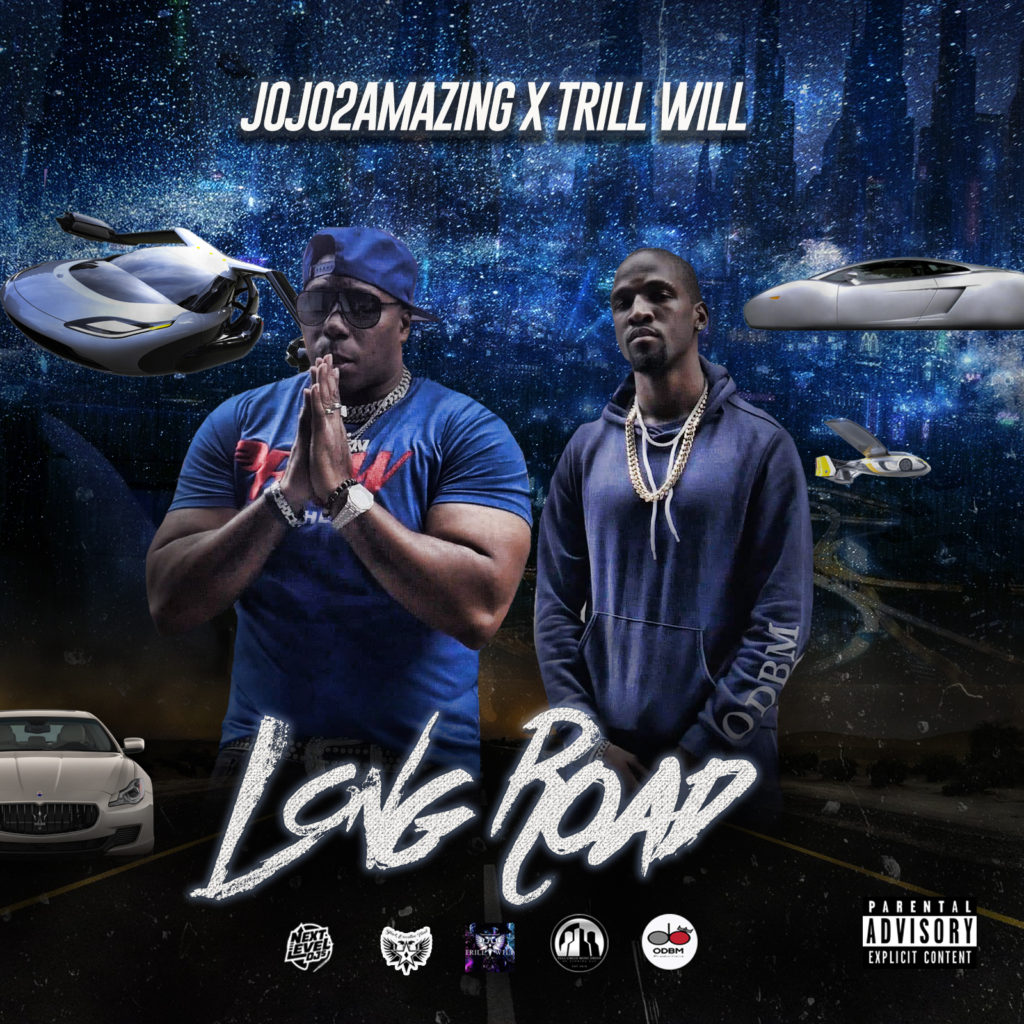 JoJo2amazing explains how the song came to fruition. After receiving this beat from his team of producers. At first, he didn’t know what to do with it. He says how it reminded him of a Drake type, ”Stay Scheming” beat, but didn’t have any idea on how to approach it. Being the entrepreneur that he is, the search for answers began. 2amazing states how he had a couple artist in mind, which he knew would be a perfect fit for this beat. The only problem was that he had never met or knew any of these artist prior too. This is what led to a massive frenzy of DMs as well as likes and comments to get one of these verified artist to see his message. 2amazing states how “closed mouths don’t get fed” and “you can’t be afraid to ask, the worse thing that can happen is a no or a non reply”. Being a student of the game 2amazing had three artist in mind from the get go.

He then states “I already knew of Trill Will from the days of Boosie and Webbie and was always a fan. So I just blew up his notifications. I can care less of what the next man thinks, I’m just trying to make music.” Which was his mentality, and to his surprise, Trill Will saw one of his many DMs and actually responded. After a week of conversation or so about details, making sure the beat is cleared or owned and how they would approach it. He states “me being confident in my abilities and knowing my own weakness. I told Trill to just approach it like it was his song. Make the chorus, the topic and etc. and I’ll just write to what ever you come up with.” He later stated how he didn’t want to feel like he was putting the bigger artist in a box. And wanted to give him the flexibility as well as the sense of comfort knowing that if he’s in control nothing less than fire will be produced. His fear was that if he made up a topic prior or a chorus for the bigger artist (Trill Will) and if he wasn’t feeling it, that it would actually compromise the final product. And wow, was he right on that call.

When we ask Trill on how he came up with the Hook, the melody, and the flow he said himself how he usually doesn’t rap/make this type of music. But after hearing the beat, he was overtaken with ideas and just went to work. When we ask 2amazing if he was worried if Trill would give him something that he couldn’t relate or write too. He then shows the upmost confidence and says this. “Hell no! I know I’m great. In my heart of hearts I believe I’m a top 5 lyricist right now. I just haven’t been heard yet. I’m like that diamond in the dirt that hasn’t been found.” If that wasn’t the very definition of self validation/confidence I don’t know what is. But what I do know, is what ever they did together worked!! This is a banger for sure and expect to hear this in a city near you soon. JoJo2amazing x Trill Will, together make a great combo. Their rap styles are soo different but it compliments each other very well, kind of like a salty but sweet treat. I genuinely hope we hear more from these two as 2amazing teases a potential joint EP from them both. And with that being said all I can do is buckle up, sit back and relax. Because this ride is going to be amazing. I just hope this “Long Road” never ends.