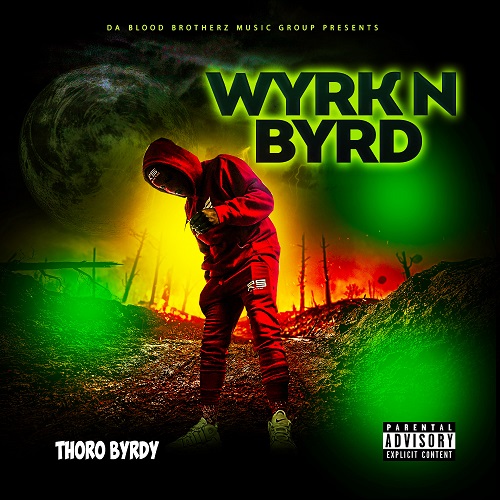 When you think of the finish line, you think of how strong and determined you were to get there and how much impact it made. Grynding, working, focus, forward are just a few words you think of in the path to success. When your vision always points you in the right direction nothing can stop you.

Thoro Byrdy is an artist out of Paterson New Jersey who has been working hard to deliver his EP WYRK’N BYRD” which features six explosive songs properly organized to end 2021 off with a bang. Mixing sharp lyrics with melody vocals, Thoro has successful applied something he is comfortable with, along with something new in the lane he has built.

Representing 1 of the 4 men group Da Blood Brotherz, Thoro Byrdy is helping to set the tone with songs like Da Wyrdo, Flying High & Unity. He is far from finished but wanted to make sure the world had something to feed the buzz he is getting off this release already.