Young Nolia – Do It For Me 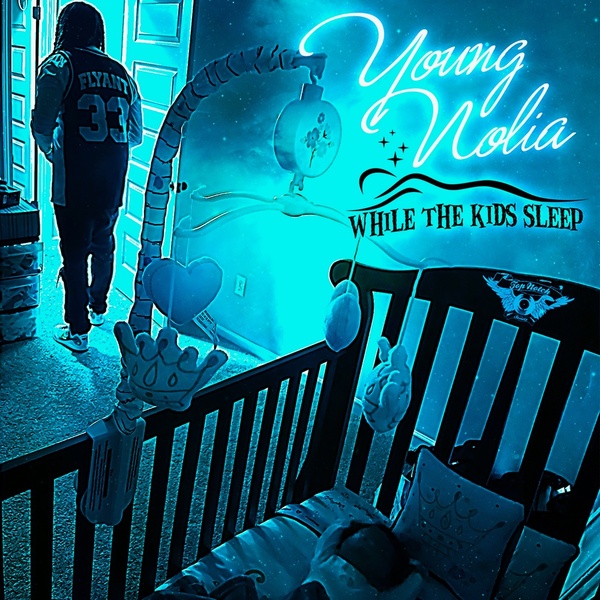 ATLANTA- Growing up in Poplarville, MS, Young Nolia remembers waking in the night to hear his aunts and uncles partying and playing spades in the next room. To him, it was a hint of the mysterious lives parents have at night. Now a father of two, Nolia sees those nights from a different perspective, and that’s what inspired his new EP “While The Kids Sleep.”

“I wanted to do a project with four turnt songs, no slow songs. Normally my projects are like a roller coaster where they bring you up and then drop you down. These songs are all high energy,” the artist promises. The EP kicks off with the title track, ““While The Kids Sleep,” a pre-party anthem for people about to get loose. Next up, “Live Large” celebrates the struggle to keep a hustle mentality and the rewards reaped from it.

In the project’s third track, the artist looks at all the social media challenges that encourage women to share their sex appeal with strangers. He describes his take on this, saying, “From their man’s perspective, he’s saying, ‘You’re doing all that for the ‘gram; do it for me.’ My idea for the video is me with a girlfriend and she’s doing all these challenges and I’m just in the cut. Then take a social angle and have me see what I can put on social media.

The EP closes with “Please Excuse the Swag” (or “PES”), which nods at Nolia’s love of looking fly. In fact, he has a clothing line named “Courtesy of The Fly,” and he knows how the right clothes can make a difference in how a person feels. In this song, he answers to haters who feel threatened by his fresh look. “You get dressed up nice and guys want to hate on you. But I get dressed to look fresh, not to make them mad at me. Please excuse the swag. I’m not doing this to upset you. I don’t get dressed to do you harm,” he laughs.

That mix of big city style and grind with small-town humility give the artist direction and maturity. He also honed those values on previous music he released as Kobe Flyant. Nolia has found that originality comes with time. “Once you start out, you sound like the people that you listen to the most because you haven’t found yourself yet. It took me some time and finding what I really wanted to rap about. I really want to rap about things I actually do. It took some years, but I’m comfortable with how I sound now,” he says. “It’s easy to get out here and rap about crime and all that, but I don’t want that kind of energy.” He compares his music to the chill vibes of Curren$y, Big K.R.I.T., and Wiz Khalifa.

“I take my music very seriously. I work hard and I’d love to be heard, and I think I’m good,” says Nolia.

“While The Kids Sleep” will be available on June 25 on all major streaming platforms.

To listen to his music, please visit the following links: