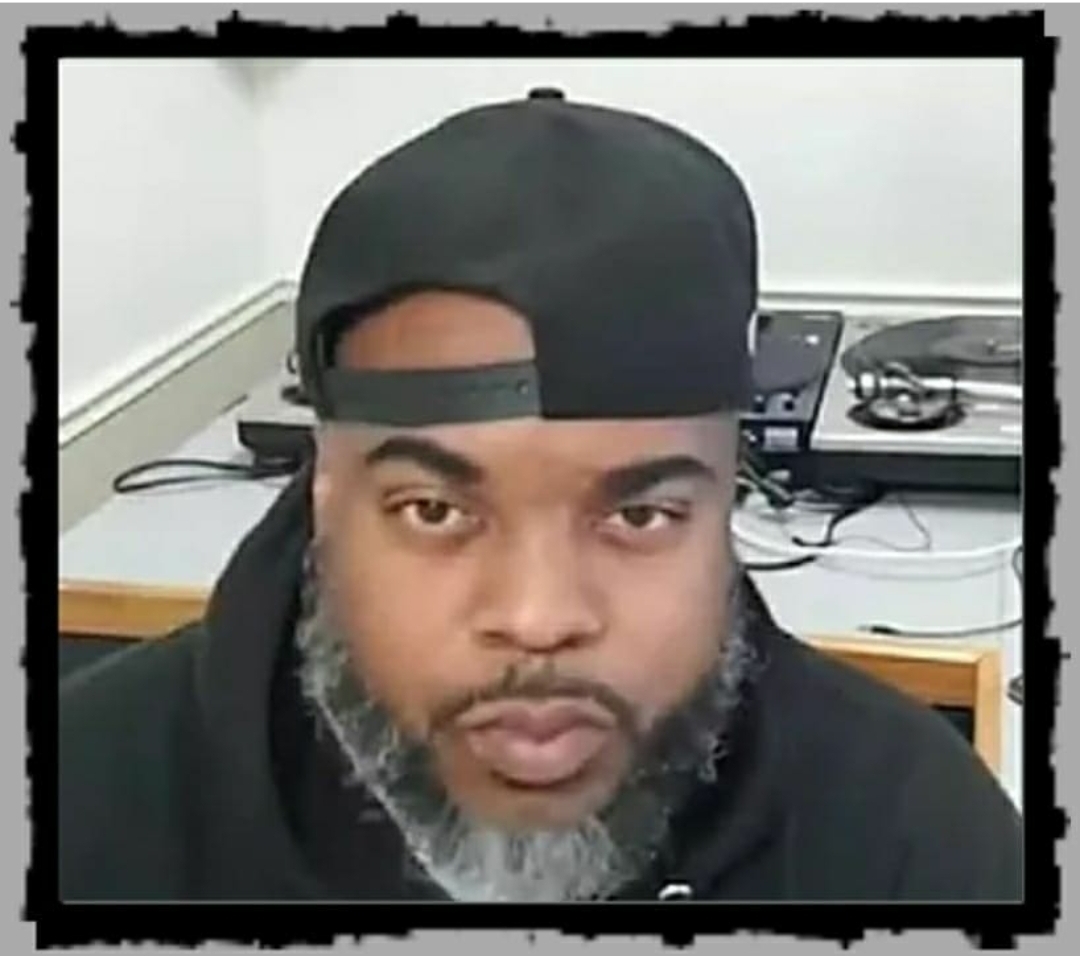 Quiet Storm: 27 Years in Radio, “Donni-Oh!” Has Moved From The Community To “Behind The Walls”
Through his 27 year journey in radio and beyond, Dondre’ “Donni-Oh!” Phoenix has become somewhat of a “quiet storm”. From locally to nationally, “Donni-Oh!” has quietly put together a consistent and impactful career. One in which many may not know of.
“I just want to leave this earth having made a difference.. a positive impact“, says Phoenix. He’s done that… and some.
Before we dive into Phoenix utilizing the radio medium as a platform to create a positive impact, here’s a snapshot of his 27 year radio journey that has laid down that foundation.
Believe it or not, in March of 1994, just to get his foot in the door, Phoenix started out as a weekend on-air personality on WCEM Continuous Country AM-1240 in Cambridge, MD. He then moved over to it’s sister station, Mix 106.3 From 1995-1998.
During those years (1994-99), starting at age 23, he wore many hats outside of radio, owning a clothing store (Flavaz; Easton, MD) for several years, playing with the Atlanta Hawks NBA Summer League team and playing semi-pro basketball as well. A newborn daughter had arrived and he had gotten married. A son was born as well. So yea, needless to say, the young guy’s plate was stacked.

In 1999 Phoenix moved on to Magic 98.9 in Salisbury for 2 years, before moving to Philadelphia to assist with public relations for his friend and college basketball (UMES) teammate Mike Harris’ entertainment management company, Best Sports & Entertainment (now Best Sports Consultants).

Through the experience and network connections while with Best Sports Consultants, in 2000 Phoenix launched Flavaz Promotions.
“Mike is the consummate professional. He taught me a lot about relationships and how very important it is as it pertains to business“, says Phoenix.
They organized, provided entertainment and product placement for events in the Philadelphia, Baltimore, Washington, DC and Salisbury, MD areas.
From 2002-2004 Flavaz Promotions provided gift bags for the nominees at the BET Awards. In 2008, Flavaz also organized “A Tribute To Bernie Mac Comedy Show” hosted by legendary comedian Chris “The Mayor of Rap City” Thomas and headlined by Reginald “Bruh-Man” Ballard (Martin, Bernie Mac Show).
“I interviewed Chris when I had my show on XM. We exchanged numbers and stayed in contact through the years. I hit him up about him putting together a comedy show for me and he said, say no more… and he made it happen. It was an incredible honor to do the show in tribute to the legendary Bernie Mac. Reggie “Bru-Man” provided various items of Bernie Mac’s to “raffle-away” at the show. It was absolutely incredible!“, says Phoenix.
Rewinding back just a bit, in June 2002, Phoenix was hired as a mix show DJ at “The Flow” on XM Satellite Radio in D.C. Sept 2002 he became the host of his own show, The Essence, on The Flow channel, weekdays 4pm-9pm.
He became assistant music director of the “The Flow”, Sept 2003.
With the merging of Sirius and XM in 2008, now SiriusXM, the Flow’s channel name was changed to Heart & Soul.
In May 2004, Phoenix went on to WPGC 95.5 to do overnights.
Upon his return to Salisbury’s Magic 98.9 in February 2006, he launched ItzYourzRadio.
“After being at several different radio stations and seeing multiple program formats throughout the industry, I had seen a void in regards to consistently recognizing local/unsigned talent“, says Phoenix.
So his intent with ItzYourzRadio was to, in part, provide a platform for local/unsigned recording artists to display their talents.
With ItzYourzRadio on Magic 98.9, Phoenix coordinated a show that would spotlight local/unsigned artists. Phoenix played their music and interviewed select talent as well. It enabled the local area to become familiar with and support some of the talent who were within the untapped local music scene.
As the platform grew, it went beyond local artists and included national and international recording artists who were unsigned.

In June of 2015, Phoenix launched his own internet radio station through Tunein. October of 2020, he moved the station to a different server and became certified with BMI, ASCAP and SoundExchange. That certification allows the artists who are registered with them to receive royalties based on the amount of radio spins the artists receive on ItzYourzRadio.

ItzYourzRadio is also monitored by Digital Radio Tracker (DRT), which tracks and records each song that is played. The DRT charts are the most popular monitored source for digital radio stations in the world.
February 26, 2017 ItzYourzRadio returned to FM with “ItzYourzRadioLive” on Live 97.5 in Salisbury, MD. Phoenix continued its same local/national unsigned recording artist spotlight segment. Hosted by Dondre’ “Donni-Oh!” Phoenix, he added more talent to the platform, which includes co-host, Jonathan “J-Mo” Molock, three DJ’s (DJ Cheese, DJ Ill Kid and DJ Randy P), a sports reporter (Devon “POV” Mason), guest fill-in (Michael “B-Lou” Butler), specialty segments saluting musical legends and guest interviews, both locally and nationally.
“One thing that I have always done is give people an opportunity. Someone gave me an opportunity…. Ron Banks believed enough in me to bring me onboard when he decided to launch Live 97.5 FM… If I’m in position to eat, so are my people,” Phoenix says.
Some of the local recording artist guests have included Devon Beck, LegaCi, Fatal Da Cannon, King Aboriginal, Loreal Lewis, SB, Hots, Uncle Nitty, Jade and more.

National interviews have included Judge Joe Brown, Emory Jones (Rocnation Apparel), Eric Nolan (of the legendary O’Jay’s), Agnez Mo (International Pop Star), Monifah (singer and R&B Divas reality show star), Daniel “Booby” Gibson (former NBA player and TV Reality star), Ochino Sparks (hip-hop artist formerly of Rocafella Records), Smooth B (hip-hop artist from the legendary group Nice & Smooth), Bill Pettaway (legendary music producer), and Simone Green (former Chief Photographer of Death Row Records), amongst many others.
During the 2020 election, ItzYourzRadioLive utilized it’s platform to allow local candidates to share their message. ItzYourzRadioLive’s Jonathan “J-Mo” Molock, currently a Baltimore resident, but a Cambridge, MD native, is heavily engaged in the social and political activism of his hometown Cambridge, MD. For the 2020 local elections, he was on the campaign team of LaJan Cephas.
“We discuss politics quite often on our show, but we wanted to get more involved and become more engaged in the political process. I became a member of the National Black Agenda Consortium and Talbot Rising, two social activist groups. Jonathan led an effort to hold local slumlords accountable and joined city council candidate LaJan Cephas’ campaign team“, Phoenix says.
ItzYourzRadioLive allowed several candidates to come on the show and share their proposed policies. ItzYourzRadioLive also opened the phone lines and allowed listeners to call-in to voice their concerns and ask the candidates questions. It bridged the gap between candidates and the community, which allowed the voting community to have some input into the voting process. Cambridge, MD had the largest local election turn out in its history.
The platform helped propel victories for local candidates LaJan Cephas (City Councilwoman of Cambridge, MD) and Andrew Bradshaw (Mayor of Cambridge, MD).
During the election process, ItzYourzRadioLive began to see the impact of their platform and its influence beyond politics.
Within the last several months, ItzYourzRadioLive has received several letters from listeners who are incarcerated. ItzYourzRadioLive would always send a shout-out to those who are incarcerated, particularly ECI and SCI, located in the Salisbury, MD and Lower Delaware areas.
Even when he was at Magic 98.9 several years ago, Phoenix would talk to formerly incarcerated men that he knew and they would tell him of the impact that ItzYourzRadio had on them. Being that he knew many incarcerated, “behind the walls”, were tuning into the show, he made it a priority to recognize them and to give them some words of encouragement.
“…… for example, our very own DJ Ill Kid was incarcerated… He would offer words of encouragement, share his experiences and be an example of how a positive change can occur post incarceration. Ill no longer hustles in the street, but he now hustles, legally, for his community. He owns several businesses, including a convenience store, barbershop, hair salon and music studio. He also provides an annual turkey giveaway and dinners for Thanksgiving and a toy giveaway for Christmas. He has also stopped smoking and drinking. I’m proud to see the transformation of that brother and he’s an example that it can be done… But it all starts with the transformation of the mind“, says Phoenix.
Phoenix along with another Live 97.5 show host/activist (Salisbury Solutions), Amber Green, opened up their shows to allow those who are incarcerated to send in poems to read on the air and even give their own shout outs through letter, if they’d like. Just allowing them to have a voice through their platforms.
One letter in particular really moved the crew. It was sent in by Charles Connors. While most deserve to be incarcerated based on their crimes, many should receive no sympathy and some are really good people and may have made some bad decisions along the way.
Then there’s a percentage that are simply getting screwed by the system.
Here are portions of Charles Connors’ letter:
“Dear ItzYourzRadio, First and foremost I send my utmost respect to you and yours. I want to send sincere and complete gratitude for what you guys do for me every Sunday with your show. It is the highlight of my week for real.”
“I’m serving a 32 year sentence for forgery and 2nd degree assault. I know crazy right? Only dude I know in here with 30+ years and don’t have a body.”
“I feel if you’re a public figure, in any capacity, you need to make a positive impact or you’re not utilizing your platform to its full potential”, says Phoenix.
For airplay consideration, unsigned recording artists, send your music to: itzyourzradio@gmail.com
If you’re an author and have a book to promote, email us your information for interview consideration to:
itzyourzradio@gmail.com
If you are involved with a community organization and would like to promote your services, send us your information for interview consideration to:
itzyourzradio@gmail.com
* ItzYourzRadioLive airs on Live 97.5 FM every Sunday 4pm-7pm. If you’re not in the local area, you can listen via any mobile device at live975.com or searching Live 97.5 on the Tunein app.
You can follow everything ItzYourzRadio, including guest schedule, past shows, articles and the “24/7 ItzYourzRadio” radio station at itzyourzradio.com
Share Get to know DaveOsound, an upcoming artist from Port Arthur Texas

Dave O also known as DaveOsound is an upcoming artist from Port Arthur Texas. He …