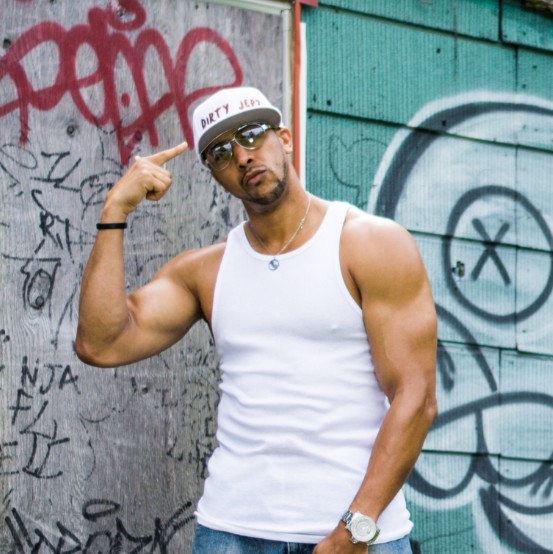 A man of the people, the music and the traditions of Hip Hop itself, J-Carter is an East Coast rapper set on maintaining the history and culture of Hip Hop. Recently, he has released his fourth album “Hip Hop Till I Die” with 48 tracks, each one presenting its own story and sound. It is truly a work of passion created for those who are just as in love with the music as he is.

Beginning at a young age, Carter has long been an avid writer. “I kinda just fell into it. You know what I’m saying, I was young. I just started writing. I couldn’t put the pen down. So it’s kind of like it’s in my blood, it’s in my DNA to make music.” Music was something that seemed to come easily to him. “I don’t try. This stuff just comes to me. I can be sitting there in a store and all of a sudden a song will just come to me and I have to find a piece of paper and write it down before I lose it.”

Carter believes that Hip Hop has strayed from its original definition. “It seems to me that the genre has strayed a little bit from what traditional Hip Hop is. You know what I mean? That realness that comes from the streets and the powers that be, I think now it’s gone away from that.” This belief is why he decided to create “Hip Hop Till I Die.” “I’m doing it for the people. For Hip Hop … For that traditional Hip Hop that people fell in love with.”

The original plan for “Hip Hop Till I Die” was that it was only supposed to have 26 songs, still a larger project than many other albums available today, but almost half the size of the finished product. Carter accredits this to his creativity and excitement about the music that he was making. “I just kept making songs that we’re so good I couldn’t leave them off. I have so much to say and my album… Every song tells a story of its own.”

In Carter’s opinion, success in his career is not defined by his streams, followers or fanbase, but rather, by his ability to create and put together music that he can be proud of on his own. “Real success comes when that song comes to you and you put it down on paper and record it in the studio and then put it all together and you get that finished product. That comes out as success whether you have millions of fans or you’ve only got one. An artist does it because they love it.”

With what is now four albums released, Carter is able to reflect on the music he’s created and what it has done for him and for his audience. “I’m that rapper who spits for the people. That’s the theme, that’s always been my theme. Take Hip Hop on. The theme is keeping Hip Hop in the music. Keeping the realness for the people…” He is truly an artist who strives to make music for the people who are true lovers of the genre and culture of Hip Hop. Louie Da 13th an up and coming hip hop artist hailing from Queens, NY is …