TWIN CITIES – There aren’t many high schoolers who would spend their car money on a marimba … come to think of it, how many would know what a marimba even is?
Spoke did. He had been saving his money all through high school for a car, an instrument that is very similar to the xylophone, but soft-toned. Spoke played percussion and was onS a drum line until he graduated in high school in 2016 – now his music goes to the beat of his own drum.

“When I’m not at work, I’m working on my music in one shape or another,” Spoke said. “I’ve been doing this for seven years. My music has always evolved because I like different sounds and trying new things.” 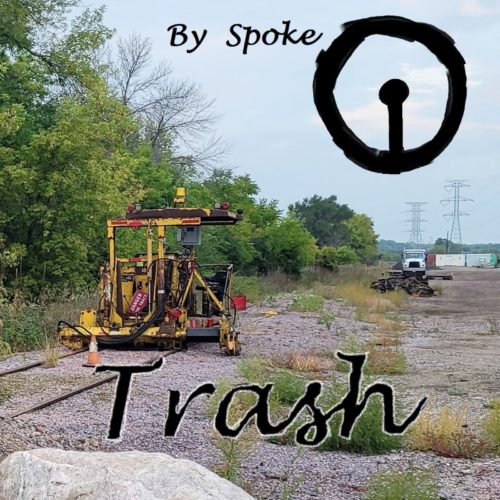 Described as multi-genre, Spoke released his newest album “Trash” this year – and you could say it sounds like Electric Rave with a slur. Each of the five tracks is as unpredictable as the next. When the marimba makes its debut in the third song, Spoke lets it lead. But the messages and raw emotion behind these vibes are exclusively for the listener.

“I don’t want to tell people how to think – I purposely keep the lyrics vague,” Spoke said. “Even I can go back and get different meanings from it, and experience a new feeling from when I wrote the song.”

A relatable tale , Spoke’s single “Save Name” dives into the concept of whether people will remember a someone or not – and is that recognition based on success after high school?

“I don’t tell people to expect anything when it comes to my music because it’s always so different,” Spoke said. “It’s not like anything that’s been released in the past 20 years. None of it fits, but somehow it does … all I want to do is get better – get bigger. But I’ve noticed with a lot of artists that make it big, they live too luxurious and then they need their next album to do well just to make it. So their music gets washed out – takes away the quality. I always want to stay in good music.”

Find Spoke on the following platforms for music with an eclectic sound: