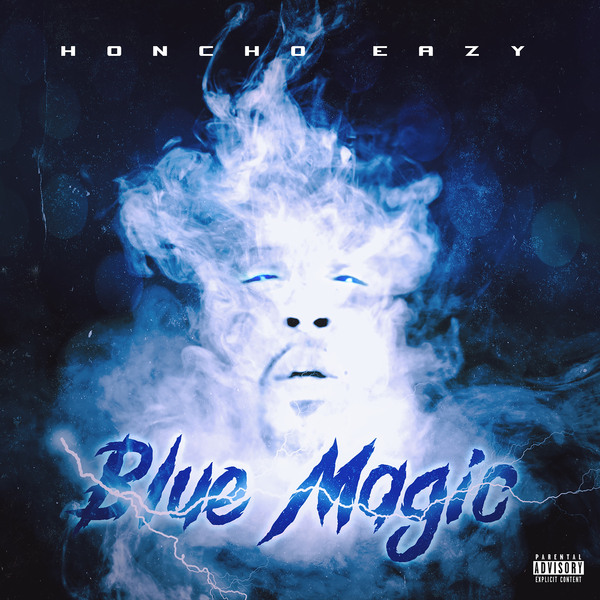 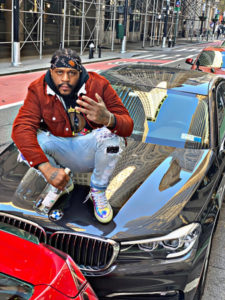 BRONX, NY – Honcho Eazy’s story is your story. Surrounded by concrete jungles and glorified street life, the artist who goes by Honcho Eazy was determined to monopolize any opportunity he was given. His ambitions come from the same place as legends like Jay-Z, Fabolous and DMX. Growing up in a single-parent home with multiple siblings encouraged him to be the “one who made it.” He’s an inner-city child with Hollywood dreams, and he’s living out those dreams with a fast-rising and successful music career.

His latest EP “Blue Magic” is causing quite a buzz in the music industry and gaining and ever-widening global audience thanks to its blend of unique sounds and styles. Self-described as “Drippy type of music” Honcho Eazy’s brand incorporates the pain and poverty of the projects alongside a modern and catchy sound that is undeniable. He makes Drippy, dance-ready music that captures the pain of life’s hardships but simultaneously helps you forget your worries.

With “Blue Magic,” Honcho Eazy showcases four songs that display this unique sound and style. It starts with “Love Standards,” which has a groove that many of the ladies have loved since its release. He calls it his “proclamation of my standards on love,” and an exploration of what it takes to love yourself first before entering into a healthy relationship with someone else.

This is followed by “Drip Step,” featuring his younger brother Q-God. He said “everything about this song is different,” and as such it’s a track that lets people know that he’s coming different with his music. It’s a hype song that turns pain into something good, while presenting a different point of view on the world.

The third track on the EP is “Allstar,” which is Honcho’s most bragadocious single on the project. It’s literally a song that shows how confident he is with his craft. As a display of raw talent and ability, “Allstar” is the perfect single to put himself on display.

The single that’s been getting the most attention, however, is the last track on the album called “Get Treeshy X Flex.” Honcho said it’s really two songs in one, and combined they make for the most hype energy on the entire EP. It has a more “popular” sound, he said, with a party vibe that will certainly get audiences up on their feet and dancing.

“Treeshy can be related to many different things,” he said. “Everyone in New York knows what the word means, so I decided to get more creative and crafty with the word – putting my own style of Drip to it and giving it more feeling and meaning. And then I paired it with ‘Flex,’ which is more of an empowerment type of song. Ultimately it’s me talking about how I got to where I got to and inspiring other people to do the same.”

Honcho said “Blue Magic” is actually only one of three EPs and a full album that he has complete and plans to release this year. “83 With A 30” will be the next release, which should drop before the end of the summer.

To listen to Honcho Eazy’s music, or to follow him on social media, please visit the following links: