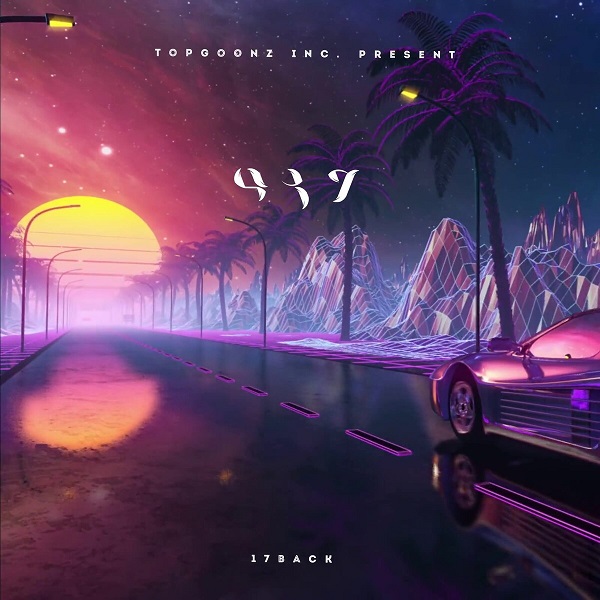 Party song of the summer makes its way across U.S. from East Coast rapper 17Back

MONTGOMERY COUNTY, MD – A futuristic flare of hip-hop with a vibe that feels pulled straight out of a “Fast and Furious” movie takes center stage on the new single from East Coast artist 17Back. The single is “937” – a nod to the area code of Dayton, Ohio, which is where 17Back is from. It’s a trippy kind of ambient dance track that’s the perfect party vibe for the summer. The otherworldly opening feels as if it’s been pulled directly from a sci-fi film score, and then it suddenly makes way for a staccato beat with a bit of an Island vibe. It’s a song with an immense amount of international flare, and it serves as the perfect introduction to this young artist and his amazing rapid-fire flow.

“When I heard the beat, the only thing I wanted to do was make a fun song,” 17Back said. “I wanted to create something that lasts with people in a way that makes them want to play it again and again. When I started thinking about the most fun time I’ve had in my life, I couldn’t help but think back to my time in Dayton. Everybody I know is out there, and though there were a lot of bad times, there are also a lot of good times that I remember. I wanted to put all those good times into one song. It’s me saying you’re a boss. You can go through a lot of hard things – you can be at the literal bottom – but you can pull through and eventually look at the things you’ve accomplished. It’s been a journey, and now it’s time to have some fun.”

In some ways 17Back said the song nods to the overwhelming gratefulness he feels to have his own personal second chance. Sentenced to a 20-year stint in prison due to an aggravated burglary charge, he was given a break after only three-and-a-half years thanks to the 8505 program – a formal request of the court to reconsider its sentence under the auspices that the crime was committed by someone with a severe alcohol or drug addiction. Though 17Back was at first hesitant to apply for the program, he eventually listened to an older inmate who encouraged him to give it a shot. The end result was an early exit from prison, and 17 years of his life back.

“I actually got my freedom, and now I’m just grinding in the studio every week, dropping songs and perfecting my craft,” he said. “This name is a reminder to me. Every time I hear 17Back, it reminds me I could still be in prison, but I’m not. Most of my music has always been talking about the pain – almost like a therapy session for me, or a way to get things off my mind. The things I can’t tell people in person comes out through my music. I kind of just want to be a storyteller. When people listen to my music, I hope they relate to it in one way or another. No matter what I’m talking about, I want everyone to vividly see that story and relate to it and learn from it.”

17Back said he plans to continue telling stories on an album called “Perseverance,” which is set to drop before the end of the summer. In the meantime, “937” is currently available across all streaming platforms.

To listen to 17Back’s music, or to follow him on social media, please visit the following links: