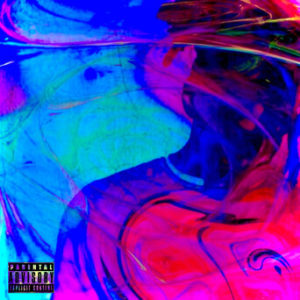 MIRAMAR, FL – Melodic psychedelic rap takes on a new “Twist” with the latest single from Florida artist Astro Mars. Using distorted melodic vocals set against a traditional 808 beat, Astro Mars offers something that’s anything but traditional with this song that’s all about enjoying every moment that you have and making the most of life. Astro’s melodic rapping set against a bouncy beat is evocative of Travis Scott or Future, yet he has a sound that’s all his own. The flow is hypnotic and the lyrics are catchy in a way that gets stuck in your head for hours after … but in the best of ways. You won’t be able to turn away from this song once it has its hooks in you, but why would you want to? It’s one of the most upbeat grooves that modern hip-hop has seen in a long time.

“My vibe is on a whole other level,” Astro Mars said. “A lot of people can sit down and make a beat or do the hook-verse-hook thing, but the way I melodically take different vibes and tie that in with the beat and make the production go left or right or upside down just shows the passion I have to deliver a song that’s perfect. I’m bringing mind-bending melodies and sounds to your ears, and I want to be known as one of the greatest to ever do what I’m doing. Take this ride with me because you won’t forget it.”

Astro Mars’ own journey started when he was only 10 years old. That’s when he started trying out rapping for the first time, and eventually he wrote down some of his witty lyrics to perform for friends and family. By his junior year in high school he was started to record those songs and playing them for his fellow classmates. He started listening to more rap and expanding his knowledge of hip-hop, and eventually fell in love with the rappers who embraced a more futuristic vibe. As he began to dive into production and learned what it takes to make a song unique, the entire process captivated him and motivated him to make the kind of music that he does today – a sound that he refers to as psychedelic rap.

“A lot of rappers focus on a different type of music where I’m from, but I’m one of the only artists doing what I’m doing,” he said. “I just love uniqueness and being different. I want people to enjoy something new and different – to have that feeling that this guy right here is something special. And I want to bring that special-ness out of other people. I’m always working on something new, and I want to push more and more singles out there to get my name out there and so that people can see what to expect from me and what I’m bringing to the table.”

In addition to “Twist,” Astro Mars said he plans to drop another single called “Dark Sky” later this summer. He’s also working on videos for his singles. To listen to his music, or to follow him on social media, please visit the following links: