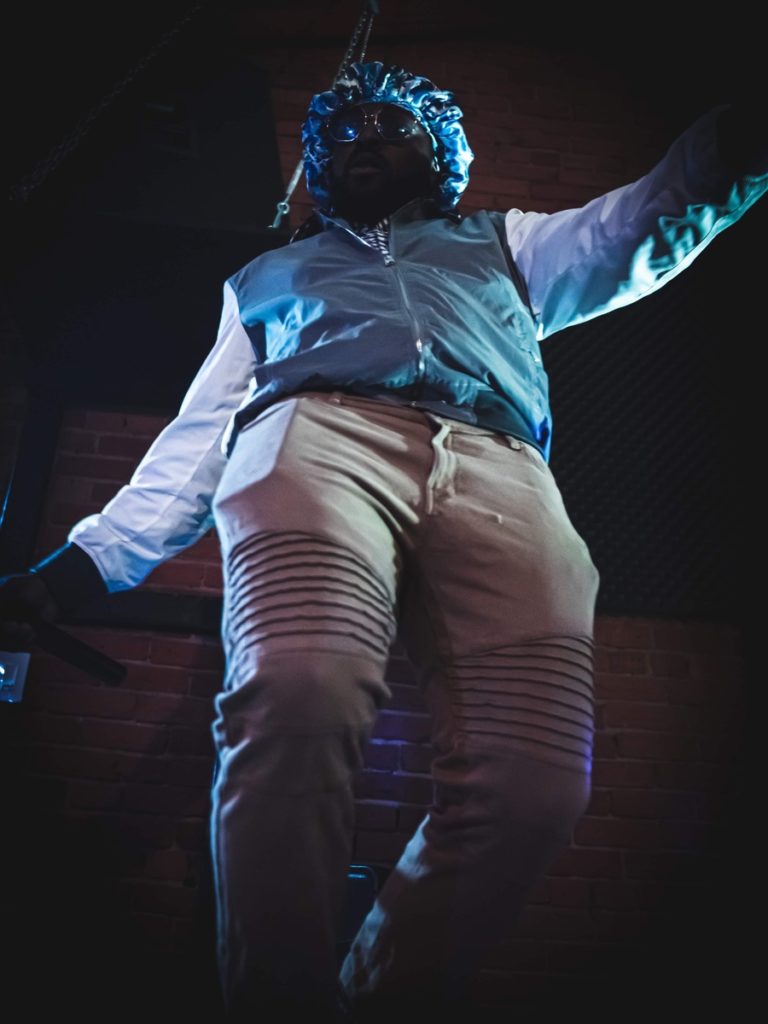 CHARLESTON, WV – It’s impossible to miss Daz Breezy. Known for his flashy “Breezy Bonnets,” dance moves and colorful style, this East Coast artist definitely stands out in a crowd. His music is also the kind of unique vibe that stands out amidst an over-crowded music industry, and his latest two singles “Alone” and “You Are Always On My Mind” are creating quite a buzz all up-and-down the East Coast.

The two singles almost play off one another, though they have different messages at their core. With “Alone,” Daz is lamenting to his lover his feelings of loss and loneliness through a variety of relationship issues. Whereas with “You Are Always On My Mind,” Daz makes pleading reassurances to his love to realize just how much she means to him. In both cases, Daz said he was inspired to write the songs when sitting next to his partner and considering how much she meant to him.

“With ‘Alone’ I was going through some stuff in my relationship and I just started coming up with the chorus when I was sitting beside her,” Daz said. “In the moment I felt like we were always sitting beside each other but never having a really good conversation. That’s where the line ‘Conversation know it’s getting flat’ came from. From there I came up with the line ‘Girl, I can’t leave you alone,’ and everything else in the song is like I’m just talking to her and finally having that real conversation.”

Daz said the song touches on deeper intricacies of relationships in ways that a lot of people around the world will be able to relate with. He said his own unique experience coincided with other major life upheavals, including the loss of his grandfather and the abrupt ending of his relationship with his brother, who just “ran off on me.” To cope during this time he would often go out at night and escape from life, though every time he’d come home at night he’d bring his woman flowers or other small gifts.

“But it was never enough,” he said. “She was going against me and throwing me down more than building me up. She kept saying I was never thinking about her, which is where the song ‘You Are Always On My Mind’ came from. I’m talking to the woman in my life and telling her that she doesn’t always gotta trip because she’s always on my mind. I adore her. It’s more of a love song than ‘Alone,’ but it touches on a lot of the emotion that comes from that kind of a relationship.”

Daz said he plans to follow these two singles with another song called “Hustle” later this summer. He also has a handful more singles planned to drop in coming months.