Sionte’ Campbell (born September 18, 1992), is a recording artist from Jacksonville, Florida. He was adopted & raised by his grandparents on his father’s side where he came to love & enjoy music. His grandmother (mom) is a minister at a local church where grew up & attended as well as sang in the choir. Outside of listening to gospel, his grandfather (pops) would listen to R&B which greatly captured his attention. He also found a comfort in Jazz while riding with his grandfather on his biological mother’s side. Hip-hop & rap music would come more as he visited cousins, hung out with uncles, watched TV/movies, & visiting his biological mother & two younger brothers who lived in Hinesville, Georgia. 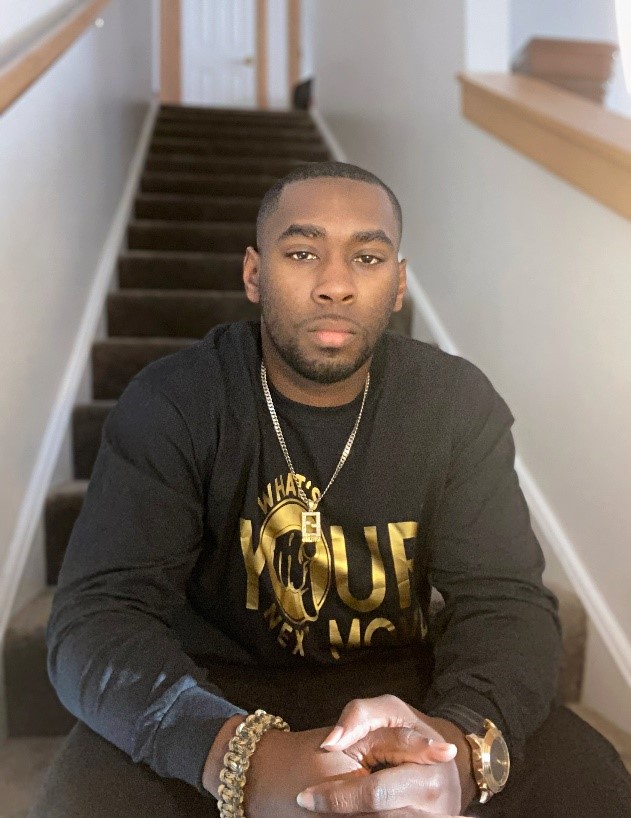 Shadow gained his name originally from hanging with his uncles, biological father, & their friends as a kid, but wouldn’t stick until he was much older. The name resurfaced as it was used as a joke because he was dark-skinned, saying he was like a “shadow” in the picture. As time went on he resented the name, later gaining nicknames like “Too Kool,” “Kool Kat Campbell,” & later combining them to make a Facebook name “Too Real;” it wouldn’t be until 2020 where he decided to add 2 Real to his name after music distributions would add other artist’s music to his & vice versa.

During high school, Shadow was around different groups of people. His biggest influence was Joseph Kate who was killed September 19, 2011. “Ain’t No Love Like My Mama,” recorded in 2011 was his first song, single, & first time behind a mic. After recording three songs from his friend’s closet, working, going to school, & running into some trouble here & there in the streets he decided to join the U.S. Air Force. Not long after joining he linked up with fellow service member & lifetime friend “Jermaine “JayDub” Wadley. The two would go on to create music later releasing “Rummage from the Vault” in 2014, Shadow’s first & JayDub’s 7th mixtape. They would soon go their separate ways & leave music alone. In 2019 while in Africa, Shadow would get back into music after playing around with an app called “BandLab” & creating a song called “Island Wind.” The uproar from a single song pushed him to continue music & dropping his 2nd mixtape “Glitch” as a way of saying he’s back & better than ever. In 2020 he released an R&B album “Canvas” which featured Camo & JayDub, while catching a lot of steam & encouragement in the process. His latest project “No Pressure” with JayDub will be released March 3, 2021.