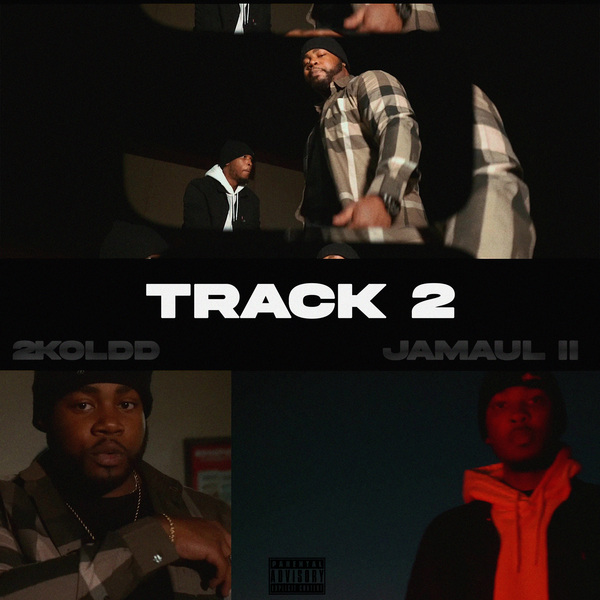 MISSISSIPPI GULF COAST – Two hip-hop artists from the South have put their many years of camaraderie and collaboration together to create a hot new track that’s sure to create major buzz all across the U.S. “Track 2” is a head-nodding banger with a bouncy vibe and a Trap twist that perfectly represents the impressive artistry of Jamaul II and 2Koldd. It’s a song that you can’t help but bop your head to, with fun lyrics that are infinitely repeatable and a groove that will make you want to move your body. It’s a Trappy song with a dark feel, but the upbeat energy offers a fun bump that audiences all over the world will soon be enjoying.

“Everything we’re saying in this song makes you want to get after it,” 2Koldd said. “It’s an upbeat type song, even though the video is a little dark. When you hear it, it makes you want to do something – get active with it and go workout in a gym or something. We think it’s something cool and relatable for the masses.”

“Track 2” is the latest from this hip-hop duo that has been performing together for more than 15 years. They first met in fourth grade and soon developed a friendship that shared a mutual passion for music. Their individual talents played perfectly together from the very beginning – with Jamaul II offering an introspective, moody vibe; and 2Koldd bringing an edginess to his lyrical mastery. Together they’ve been creating impressive singles year after year, and with “Track 2” they’re hoping to introduce their sound to an even bigger audience.

Jamaul II was born in San Diego but spent most of his youth in New Orleans. That vast cultural and geographical influence directly shaped his sound and style. Music has been the most important part of his life, he said, and through his music he’s been able to relate with a lot of people over the years. Most people would describe him as a cool and down-to-earth guy with a smooth and mysterious demeanor. Those characteristics shine through his music, and have made him a fan favorite throughout the South.

2Koldd was born in Atlanta and has lived in the small town of Moss Point, Mississippi for most of his life. His parents were friends with Jamaul’s parents, and that’s how the two of them met. Similarly to his friend, 2Koldd fell in love with music at an early age while listening to Jazz, Pop, R&B, Hip-Hop, and Funk music. His uncle was the band director at the high school they both attended, and they both developed their skills while learning to play various instruments.

“Music is the most powerful tool in the universe,” 2Koldd said. “I love to listen to it. I love to produce it. And I love to record it. I am music. And I want our music to help people – for them to be able to listen to it and feel good.”

“I agree with that,” Jamaul II said. “I hope people can turn on one of our songs and it will lift them out of a depressing moment. That’s what music has done for me. I remember a personal moment for me when I was very depressed and I listened to Kendrick Lamar’s album and it transported me to another dimension. I felt everything he was saying. We want to be able to do that for others.”

Jamaul II and 2Koldd said they have another music video ready to drop very soon called “Icy, as well as a new single called “OT” that they hope to release in the next month. To listen to their music, or to follow them on social media, please visit the following links: