Tweet
GB or DOUBLE as he is more popularly known these days broke onto the scene after being released from prison and serving a 10 year sentence for murder. He was born in Muskegon, Michigan but moved the Bay Area at an early age where he grew up in Vallejo, California. While serving his sentence Double wrote non stop allowing him to create his own unique style with out any mainstream or commercial interest or influence. Though he mastered his craft in isolation he is definitely a student of the game and was influenced at a young age by the artists before him. Some of the artists that he gravitated to were artists like KRS1, Cool G Rap, Ice Cube and of course being from the turf E-40. His first project titled “Double Or Nothing” with which he created a buzz on the streets and definitely left his imprint in the game dropped on Rider records. He followed up with the “Gotta Have It” album after hooking up with On Hit Records & Ralf Guzmán with whom he partnered with and are still working together till this day. He worked with E-40, Turf Talk as well as others on the project. His release brought forth a plethora of accomplishments one of which was being asked to open up on a Def Jam tour. After a hiatus he’s back and releasing his longly anticipated follow up album entitled “The Resurrection”. The album is being released on Generational Music Group/Hardline Records. The project is full of featured guest appearances, Jim Jones, Turf Talk, Sir V Wood, San Quinn, Do3 Da Man3 just to name a few. It features production from Grammy nominated production house Hallway Productions as well Slapmaster and others. The album is scheduled to release this December as a catalyst for what’s to come. With over 500 songs in the archives 2022 will be a busy year for Double. He plans to follow up with a release every quarter to keep his fans engaged and make up for time lost. Tap in and follow @gb.double @generetional_music_group

Artist Chase Money drops his latest visual titled Focus on The Bag. Featuring Pete Green. Make sure to check it out on his official youtube channel and if you like what you hear give him a follow on instagram https://www.instagram.com/chasemoneychase50/ 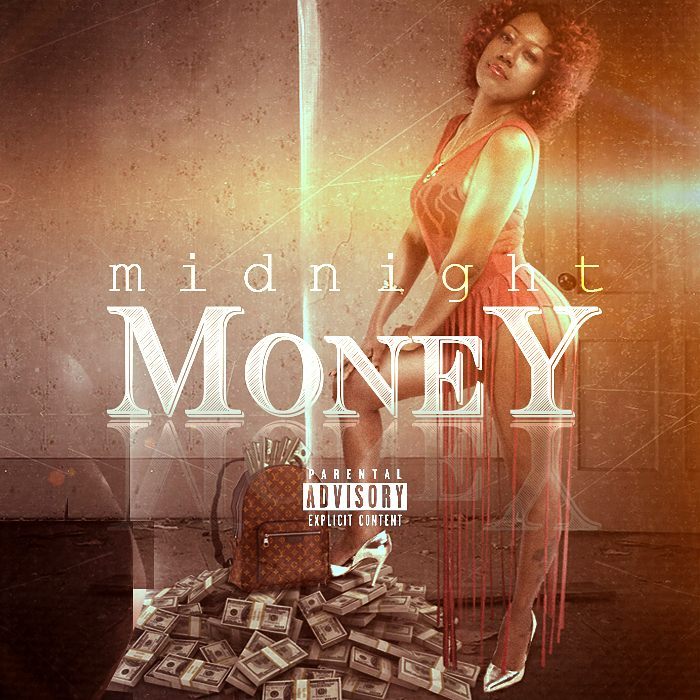 The 40-year- old rapper from Jacksonville, Florida was a budding young artist in her teenage years, but after getting married young and having two daughters, she chose to focus on her family and set her dreams of making it big in the music industry to the side. Today, the adult daughter may leave home soon to pursue her own career, and Frederick is ready to dive back into her passion for music. And just as she is reaching back in time to the talent she displayed as a young girl, she’s also reaching back to the name she was given during one of her first rap battles in high school.

“I used to battle rap in middle school and high school and one time I was rapping against another female,” Frederick said.” When she got done, I took my turn. And when I finished, she said, ‘Oh my gosh! You need to change your name to midnight, because you just come from out of nowhere and creep up on you.’ She said I’d start off and then all of a sudden, Bam! I’d hit you from out of nowhere. Ever since then the name Midnight stuck.”

As the artist known as Midnight, Frederick is preparing to release her first single. It’s a song called “Money” and it features some of her talent as a wordsmith and ability to light up lyrics laid over the top of a sick beat.

“It’s a song about my love for money,” Midnight said. “It’s a story that I’m telling of growing up and how all I heard when I was little was my mom talking about loving money. She was about two things: her kids, and getting money. That’s where the idea for this some came from.”

While Midnight features her strong rap talents on this single, she’s quick to point out that she has a diverse offering of other talents that listeners can check out on her other music. She can sing, she writes poetry, and she loves to collaborate with producers to create catchy beats. She said she hopes new listeners will check out her new single, “Money,” and fall in love with it so much that they’ll want to hear more from her. She said this is just the beginning of her resurgence in music, and she’s anxious to grow her fan-base more and more in the weeks and months to come.

“I waited a long time to pursue my music dreams,” she said. “I have always wanted to do music since the days when I was raised in the church. My dad was always opposed to me doing rap music, even though I loved it. But he loved to see me sing in the church. I had to give up my music because I got pregnant, but my husband told me now that my kids are grown I need to do something that makes me happy. Music has always been a part of my life. I’m like nothing without music. And I’m excited to share that passion with other people.”