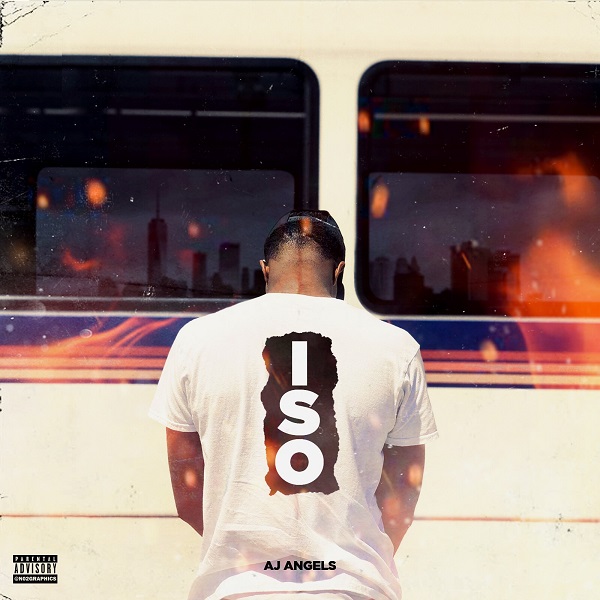 That’s how Denver artist AJ Angels has felt at times throughout his life and it’s in those moments that he always turns to music. The power of artistic expression has played out multiple times in his life in a myriad of ways, and it’s that power that he wants to capture and share with the world through his new EP “Iso.”

The project explores what it means to take a moment and check in with yourself. It’s about his mentality during those isolated moments and the motivating factors that happen in life to derail us from our dreams.

“It’s about asking yourself why you’re doing what you’re doing and why you’re chasing whatever it is that you’re chasing,” AJ said. “It’s about looking back and seeing how much progress you’ve made. For myself, I have the pedal down right now and a lot of times I feel like I have to drive this road alone. But that’s OK because I have to chase this dream and I’m focused on that.”

The idea for the project came about while he was checking into a hotel a few months back. He found himself almost in an out-of-body experience, looking down at his life in that moment and wondering what it was that led to him feeling so alone. So as he checked into a hotel, he also checked in on himself and began to reminisce on the progress of his life and the things around him. As he sat in his room, those introspective thoughts became words on a page which eventually turned into the debut single from the album, “Check In.”

“It’s kind of mellow and really echoes a lot of what I’m talking about on this project,” AJ said. “There’s an all-audio track to start the project, then you get ‘Check In’. But by track 3, things are more uplifting and fun and you’re enjoying life. I have some great choreography I want to put with some of those later songs on the EP, and we’re getting ready to film a video for ‘Check In’ later this month.”

The last three songs on the EP are “Witness,” “Little People” and “Arise” – all of which are inspirational and upbeat, with lyrics that demand attention. “Little People” in particular is one of the stronger tracks on the project as it pushes listeners to remember the “little people” in life and acknowledge that all of us are in some way little people, no matter how far we go in life or how much we succeed.

“And then I end with ‘Arise’ where I’m talking about my view on how I’m seeking something that makes me want to keep going,” AJ said. “I’m always seeking more and with this song, I’m touching on the fact that I’m single again and how I’m focused on my music. It’s about something I’m seeking and how it’s hard for me to put energy into something else. So I’m putting energy into what I think is working.”

Through all of his music, AJ’s unique sound and style reflects influence from the West African heritage that was instilled in him as a child growing up with immigrant parents. His taste in music and his sound has always had a foreign touch, and it’s that subtle blend that AJ thinks sets him apart from others in the industry today.

“At the end of the day, I want my music to be known for being real and inspiring,” he said. “That’s big for me. What I’m talking about a lot is finding self-progress in my music. There are a lot of people around me who don’t think I can have a version of success. But if there’s one thing to pick up from my music it’s that I’m being real and I’m showcasing how anyone can have a journey of success. Don’t worry if what you’re doing is right or wrong – if you love it, go all-in and see how things work out. If you’re 100 percent authentic and real, you can impact an unknown number of people’s lives. There are many times when I’ll never know how much my music impacts someone, but I can always count on being a positive impact on others if I’m being 100 percent real myself.”

To listen to AJ Angel’s music or to follow him on social media, please visit: