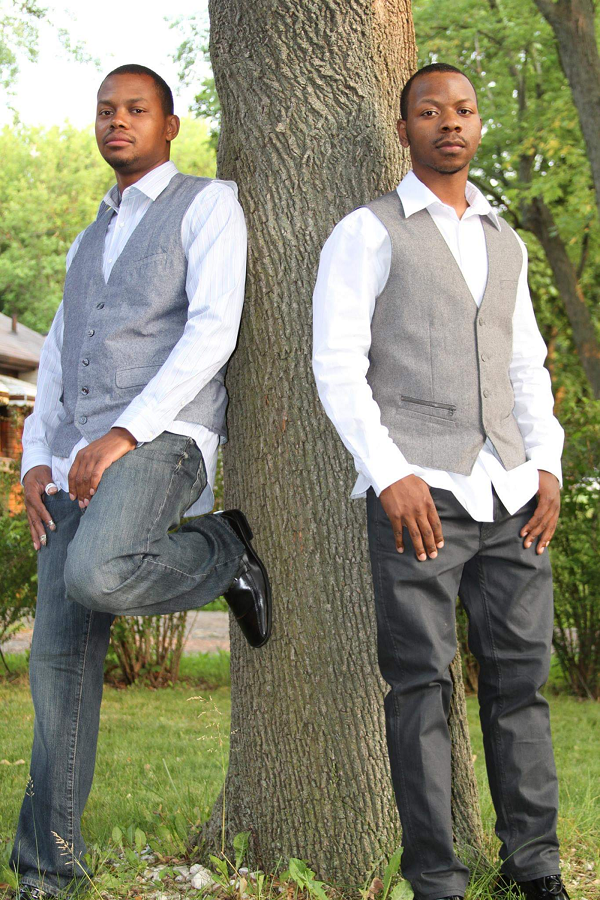 DETROIT, MI – If ever there was a time for a song that helps people through difficult times, now is that time. And brothers Garvin and Gary “Fatman” McKinney have the perfect song.

The duo performs under the name Instruments of Musick, and their new single “Moving Forward” not only showcases their one-of-a-kind sound and style but also offers a message of hope and inspiration for a world weary from the after effects of a global pandemic.

“It’s a song I wrote about two years ago after me and my family was going through a difficult situation,” Garvin said. “It took us a while to get back on our feet, and that’s what this song is about – pushing through adversities. Don’t let things get you down. It’s an encouragement type of song with a mid-tempo chill, laid-back vibe that is perfect for what’s happening in the world today.”

Operating out of Detroit, Instruments of Musick had been on the scene for a number of years, carving out a niche with their unique blend of inspirational music driven by the pedal steel guitar which is a 10 string instrument played in country western by Fatman. Raised in the church, the brothers joined their mother in playing and singing during weekly worship services. Over the years, their Gospel music evolved to include more universal messages that bring positivity to the world.

“We have a unique sound, especially with the steel guitar,” Garvin said. “That style combined with the way my songwriting goes is something that I don’t really hear in today’s music. There’s not really anything like it, and it’s definitely different than what I hear on the radio these days. Our music is just different – it’s positive and you can’t put it in a box.”

That versatility will be put on further display with Instruments of Musick’s new album which is slated for release later this year. Garvin said it’s an album that will have songs exploring a wide range of emotions and experiences – from depression to dance-inducing fun times. And more than anything, it will feature a lot of instrumentals from the brothers.

“The songs on that album are meant to offer listeners positivity and hope and looking to the future. We want to bring that positivity in everything we do. We’re just trying to lift people up. And we’re hoping that with this album we can take things to the next level,” Garvin said.

“Moving Forward” is slated to release across multiple streaming platforms on April 30, with the full album to follow later in the year.

To find out more about Instruments of Musick, follow them on:

Nialand gives us the ultimate pandemic playlist with new audiovisual EP, “Words and Sounds To …