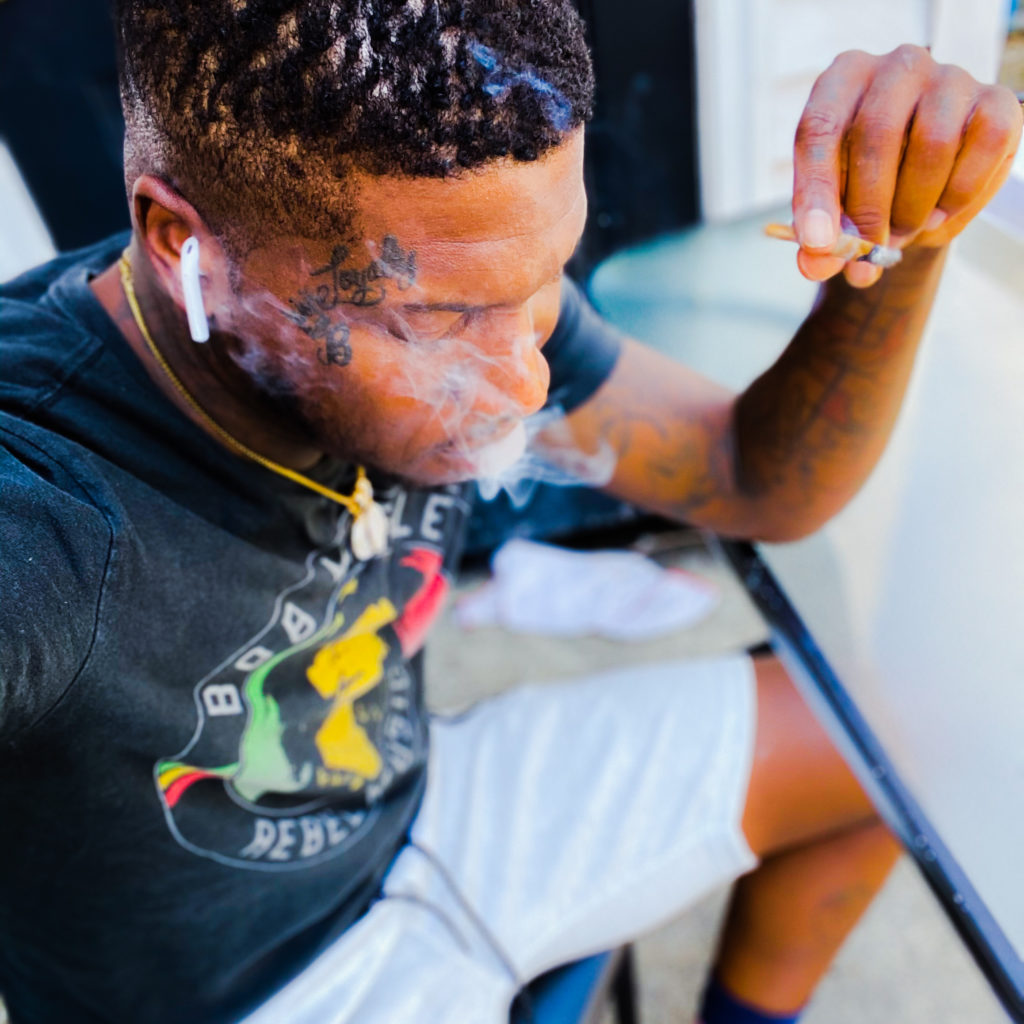 JACKSONVILLE, FL – Stony SOS loves the chill feeling of a good high, and his latest single not only captures that feeling perfectly but also creates an ambiance for listeners that is perfectly primed to help others enter into that zone.

The song is called “Slime” and its slow-tempo bouncy beat pairs perfectly with Stony’s flow in an up-and-down rolling way that creates the perfect form for smoking weed. The song starts with an ethereal wood flute that introduces Stony’s catchy vocals before welcoming in a high-hat that makes the listener bob their heads while following along with Stony as he rides the beat.

“It’s more of a chill song because I’m a stoner and that’s how I make music,” Stony SOS said. “I make music for stoners and my music is chill. With this song, I heard the beat and I just started writing. What I’m talking about in the song is chillin and smokin and just being you as a person. I’m a free-spirited person, and that’s what this song is about.”

At only 24 years of age, Stony SOS has already started making a name for himself along the East Coast. Originally from Philadelphia, Stony moved to Jacksonville as a teenager and began to explore his natural gifts for music. He was inspired by legends like Lil Wayne and Young Thug because of their creative talent and ability to say whatever they want to say without worrying about anyone else. He eventually started making his own music because it made him feel free and helped him escape from reality – something he said he hopes to be able to do for others with his music.

“I want to help others like me whose outlet is music,” he said. “It’s all about being free, man. My music is about making people feel good – whether they’re sad or depressed or normal mood. When my music comes on, they feel it, and it will give them energy.”

Stony said he’s currently working on a music video for “Slime” which should release before the end of August. He’s also hard at work on the finishing touches for another single called “Rockstar Drip” which is slated to release later this year. Both songs were produced by Jay Ji Beats whom Stony said he works with frequently.

To listen to Stony SOS’s music or to follow him on social media, please visit: