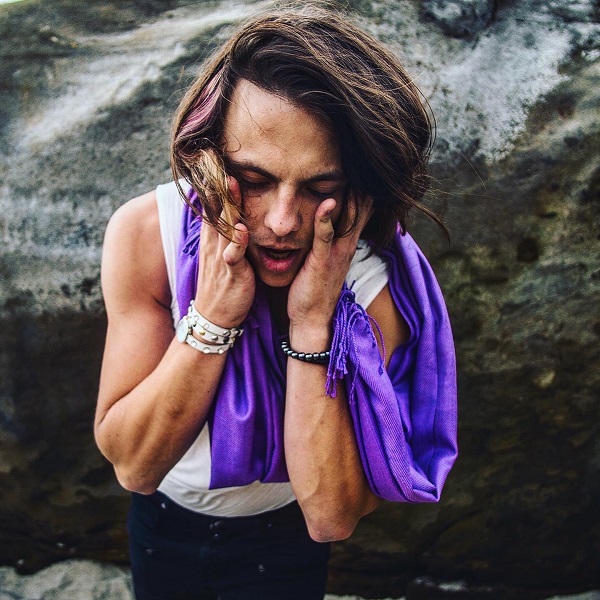 OCEANSIDE, CA – Guitarist, singer, songwriter, and production engineer Daniel Mayer is no newcomer to the music industry. He has been singing and playing the guitar since he was 7 years old. His latest Indie-Trap project, “RKadia” by theRunawayKiiing, boasts Alternative Music and his distinct alternative singing style in a collection of tracks which expertly showcase this subgenre of Hip Hop.

For Mayer, who is one and a half years sober, recovery from drugs and alcohol had been a big part of his life, and the new project takes listeners through his emotional journey. By releasing the “RKadia” album in three parts, the artist maximizes his audience’s attention span. Released on July 1st, the first installment, titled “Pt. 1: Pain” lays the foundation to communicate and bring out different emotions.

“Pt. 1: Pain,” telling the story of where Mayer has been, leads off with the banging Florida Trap sounding track, “Slow Mo.” Written while the artist was angry and processing his feelings about being used in a relationship, the fun and catchy song also includes humor and angst. It’s an empowering track that people can also dance to. The other two tracks titled “Come Back” and “The Moment,” are more thoughtful and emotional journeys.

Nearly ready for release, the follow up, “Pt. 2: Power” will be aggressive and invigorating. Telling how he got through his challenges, this release will have a really strong, almost mosh pit vibe with more Rap. Talking about how he is living life after overcoming difficulties, the final chapter, “Pt. 3: Pleasure” verges more on a fun, Pop sound, emitting optimism in a relatable fashion. Speaking about the project as a whole, Mayer said “It’s my way of communicating to people where they are, and then bringing them through the whole process and journey.”

A diverse set of experiences has made Mayer very good at a variety of skills which he has put to use in a number of different settings. Originally from the Rocky Mountains and raised in Los Angeles, Mayer has worked as an engineer/producer with leading professionals in New York City, Washington D.C., and Tampa. He has also played nearly every type of music imaginable, including Hip Hop, Reggae Dub, Psychedelic Rock and Screamo Metal in cities across the country. He moved to San Diego for artistic inspiration where he writes and performs his own music as well as collaborates with other producers. Mayer has the background and talent to sit down, make a beat, write and record a song quickly and professionally from scratch while fusing together the best of what he likes about different genres. “In each one of my songs,” Mayer said, “somebody hears something different that they like.”

Reminiscent of a Utopian society, the “RKadia” project portrays the light and dark of a runaway kingdom in three unique parts, each promising to evoke powerful emotions while entertaining listeners. Articulate and creative, Mayer writes lyrics that are meaningful and relevant to modern human challenges and the triumph over difficult obstacles, turning temporary weaknesses and bitter darkness into eternal strengths.

To listen to theRunawayKiiing’s music or to follow him on social media, please visit: