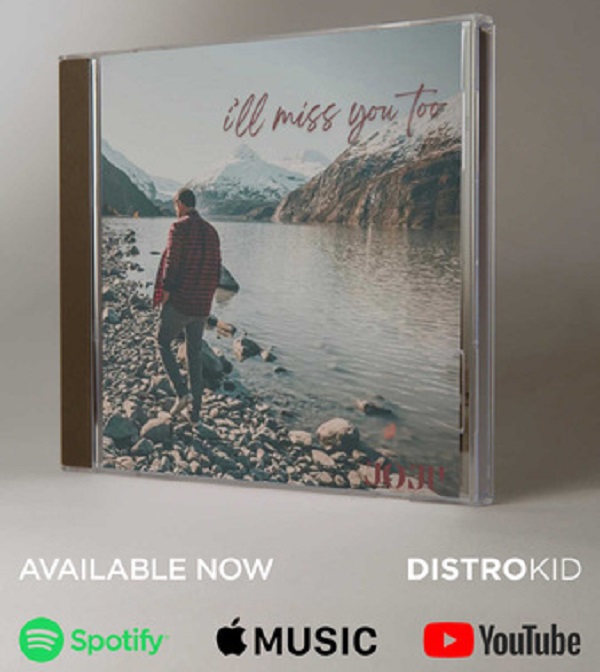 FAYETTEVILLE – There are not many army drill sergeants who are musicians. Furthermore, most musicians are not U.S. Army drill sergeants. But for Joju, the combination works, and the result is musical magic on full display in his first studio album, “I’ll Miss You Too.”

Intertwining traditional folk with today’s pop is at the foundation of Joju’s sound. Inspired by the early sounds of Mumford & Sons sans a drum set while adding an electric guitar, the signature Joju music is created. This, coupled with unforgettable hooks and relatable topics, compile the seven track album.

Referring to a conversation with a friend, Joju said, “We were talking about how life is a powerful thing and sometimes, you make something into a song or put an experience into a song, and it gives words to people that don’t have any. Every voice is different – and this is mine.”

The album’s self-titled track, “I’ll Miss You Too,” is a soulful folk reflection on life after a relationship ends. “A lot of times when someone moves on, whether you want them to or not, they have a big impact on your life,” he said. “There’s some people you’re going to think about long after they’re out of the picture.”

Whether referring to a former lover or deceased family member, “I’ll Miss You Too” lets listeners know memories never die.

Picking up the tempo, the party song “Callin’” has a classic old-school Mumford & Sons vibe. With the verse: “the rhythms knocking on my door telling me to get down on the floor,” “Callin’” focuses on living life on the edge. “This song is about a completely new experience and doing things that you’re not used to doing,” he said. “There are just some things that call out to you, whether it be something extreme like skydiving or something very simple. I want to connect with people who are trying something new and tell them sometimes just to go for it.”

Perhaps “Callin’” is representative of Joju, a California native who attended business school, enlisted in the U.S. Army, was stationed in Alaska as a paratrooper, and now is an Army Reserves drill sergeant. Taking chances and following your dreams is the story of his life.

While currently wrapping up work on music videos for numerous “I’ll Miss You Too” singles, Joju said, “Every time you hear a song, there’s something special in it. I’m not making music to be famous; I just love to make music.”

Make sure to stay connected to Joju on all platforms for new music, videos, and social posts.