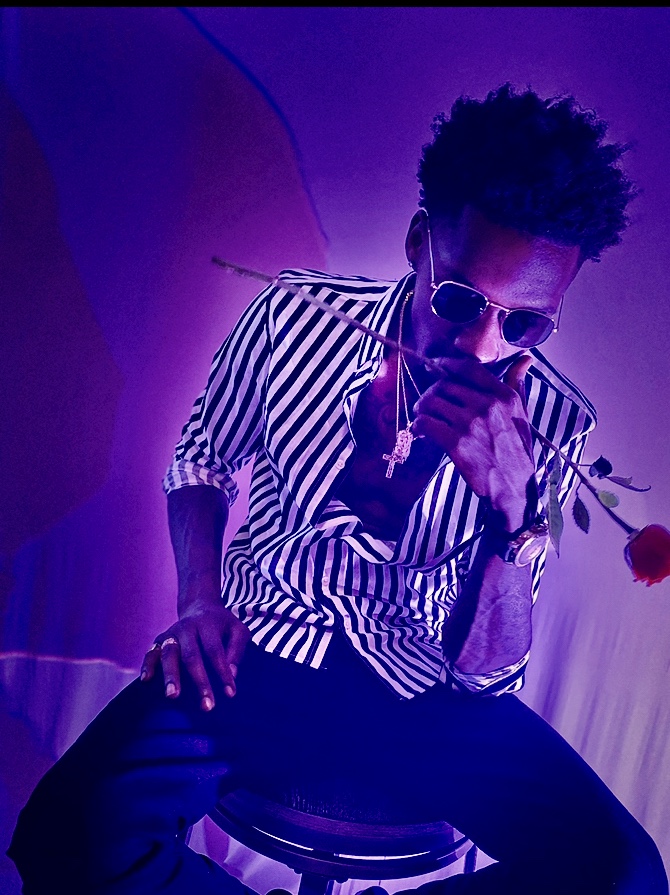 CONWAY, SC – Twan Luv is an authentic, smooth-style rapper, singer and songwriter whose music is best known for having a combination of Hip Hop and R&B. His latest single, “The Moment,” is a competitive anthem that’s primed to be one of the hottest tracks ever created, perfect for huge arenas and major sporting events.

“It’s a song that basically says, ‘I’m made for the moment, whatever it is,’” Twan Luv said. “If I’m in a different moment, I’m made for it. If I want to succeed, I’m made for it. Whatever moment you’re made for, you’re either gonna excel or fold. It could be sports or school or just life in general, there are always moments. And you have to embrace those moments because there’s no guarantee of tomorrow. So, let everyone know you’re made for it and do as much as you can to be ready for it.”

This upbeat anthem is yet another successful track from this fast-rising East Coast artist. Known for his versatility and ability to both sing and rap, Twan’s genuine flow has been turning heads for the better part of the past two years as he’s steadily risen through the ranks of the music industry. His musical influences are Lil Wayne, Trey Songz, Drake, Jodeci and Nipsey Husssle – all of whom can be heard in one way or another across Twan’s music. But those are just influences and they don’t take away from the fact that this young artist has a sound and style that’s uniquely his own signature. Some have called him a lyrical genius, while others have said he’s the perfect crooner to be a ladies’ man. For Twan, he hopes his reputation becomes tied to good vibes and spreading love around the world.

“That’s what I want more than anything, that people get from me love, like my name,” he said. “I’m not hating or dissing, just love. That’s something we’re lacking in this world today. And when you start spreading love, people will realize that anything is possible. With Faith in God, you can do anything. That’s what I live my life by is faith, God and Love.”

Following the success of “The Moment,” Twan Luv said he’s planning on doubling down on love music with his new EP “Luver Day,” which he plans to drop in February 2021 close to Valentine’s Day. It’ll be a project that features a mixture of Party Music, Soul and R&B, he said, with vibes that will connect with a wide range of audiences.

“I want people to feel as if I’m in any situation with them,” he said. “And I want them to know that whatever I’m saying can help them get to that next level in their lives.”

To listen to Twan Luv’s music or to follow him on social media, please visit: