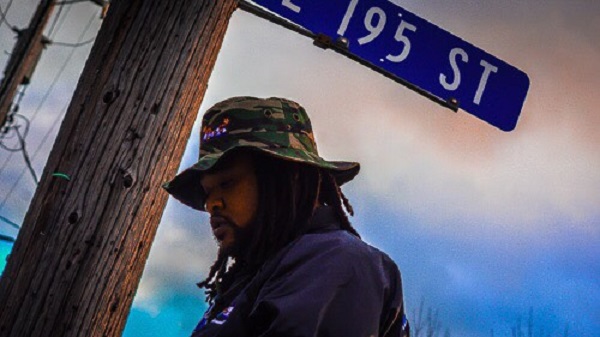 With a sound not dissimilar to Southern Trap, 195 China’s signature Flip style is the kind of music meant for hustling. His new song “That’s Extra” is the perfect example. While its foundation comes from the Trap sound that most are familiar with, China deviates in ways that offer audiences a new flavor.

“It doesn’t sound like everything else out there right now,” China said. “It’s authentic and different. When you hear me on the track, you know it’s about to be the shit. As soon as you hear my voice, you know what to expect. With ‘That’s Extra’, I’m talking about getting money and hustling – the usual. That’s what Flip music is for, the hustling. And I make love music for love.”

His second single is meant exactly for that. Named “So Fine,” it’s a Trap and Blues vibe that is the perfect song for romance. As it weaves the tale of a guy in love with his girlfriend, telling her how good she looks, listeners will find themselves drawn in and wanting to be with their significant other.

“I’m making real love music,” China said. “The love music out there right now isn’t great and I think I’m filling a hole in the industry. My music doesn’t sound like anybody else.”

China has been rapping for the past three years, producing remarkable content and developing lyrics that are straightforward and to the point, just like his own personality. He takes inspiration from his own life – with stories from his experiences and memories of the past – as well as from his 8-year-old daughter who he said loves his music. Over the past year, he’s gathered a rising group of new fans who also spur him on and encourage him to continue putting out high-quality and original music.

“They give me energy to push,” he said of his fans. “Whenever I’m starting to think about slowing down, I always get a message from someone wanting to know when the next thing is dropping. It makes me want to keep doing this.”

In addition to his two new singles, China has released four previous larger projects and a couple other singles. He enjoys songwriting in particular, and said he looks forward to writing songs for other artists moving forward as he also focuses on finishing up two additional projects. True to his signature style, the first project will be a Flip-forward sound called “Trap and Blues Vol. 2,” and the second will be a love-making album called “Red Wine Music.” He might also have another street mixtape coming out soon.

To listen to 195 China’s music or to follow him on social media, please visit: Heartbreak Redd is a versatile up coming artist based out of Miami, Florida. Redd is …