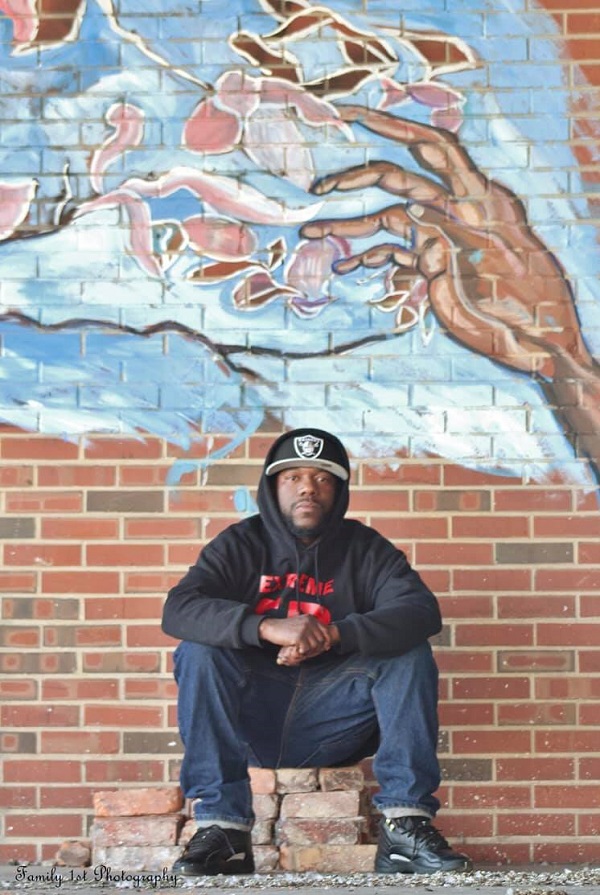 KINSTON, NC – J-Reel is the true embodiment of what Hip Hop is all about, and his latest album “Reel Musick Vol 2” is a perfect example of that excellence. Cultivating his passion from an early age, J-Reel found inspiration from artists such as Tupac Shakur and OutKast, and his music today is a reflection of what they stood for. His sound embraces multiple styles – from R&B to up-tempo conscious “hood flow” – which he said displays his deep understanding of the Hip Hop culture as well as his dedication to the raw message coming from the hood.

“With this latest album, the vibe I’m going for is giving people more of my personal life and feelings,” J-Reel said of ‘Reel Musick Vol 2.’ “It’s more of a call to be socially aware than any other project I’ve done before. I’m talking about the climate of what’s going on in America right now with Black Lives Matter and crooked police officers and the everyday mentality of someone coming from the hood. I’m not just showing the drug dealer’s side of that, but rather a side of a person who grows up in it and has a certain mentality because of it. And through that, you can see what sets me apart, which is a sound and a style that is authentic. I’m telling true stories in my music and when I say how I feel, it’s the honest truth. That’s what sets me apart from a lot of other people in the game today.”

Under the Brotherhood Infinity Music label in Kinston, J-Reel has released two mixtapes to date. His previous album, “Reel Musick” was a strong success and has helped launch him to another level of influence within the industry. He said he’s eager for even more fans around the world to see how he uses multiple inspirations – from Nas and Jay-Z to James Brown and the Eisley Brothers – to create truly original sounds with a nod to the greatness that has come before.

“I want my music to be known for being truthful,” he said. “I think a lot of people are afraid to be themselves and to give their real inner feelings. I don’t want people to be afraid to be themselves, regardless of what they’ve been through. I want my music to help them embrace that about themselves. And I want to do it so vividly that when I speak about things, you can picture what I’m saying like it’s a movie reel.”

That ability to paint a picture with words is put on full display with the debut single from the project, “Knowledge.” Featuring fellow Kinston artist J Mar, the song talks about “uplifting the black man, woman and child.” With a more chill and laid-back vibe, the song is crafted intentionally to challenge people to think more deeply and consider how to be proud of one’s heritage without doing anything that might hurt other people.

Another single from the album is also getting a lot of attention. “The Understanding,” featuring Juvon van Gogh, describes J Reel’s fight with his inner demons. With lyrics that explore things like his fear of failure as a father, his struggle with mental issues, or his relationship ups-and-downs with his wife, “The Understanding” becomes a song that many people who hear it will immediately relate to.

“It’s about wanting to be happy but being stressed out,” he said. “It’s about feeling like I’m not good enough but knowing that I can’t give up. It’s giving people an understanding of things I’ve mentally gone through, and I think it’s going to shock a lot of people when they hear it.”

To listen to J Reel’s music or to follow him on social media, please visit: