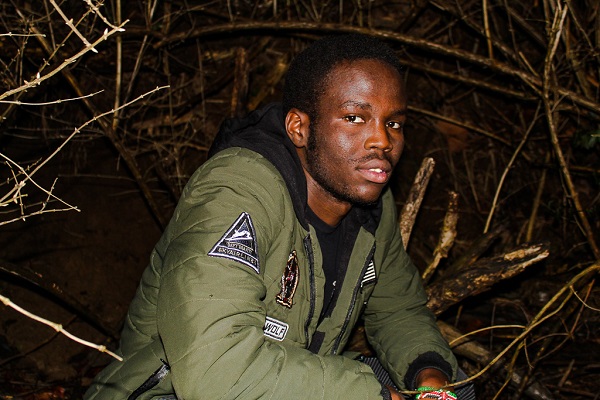 KNOXVILLE, TN – One of the most iconic moments in cinematic history is when the main character of the film “The Matrix” is offered the choice between truth or self-deception. He can choose to remain ignorant of the truth of his life – which would reveal horrors almost beyond imagination – by taking the blue pill, or he can choose to embrace the reality of his life and fight back against the evils of the world. It is a Pop culture moment that has gone on to become a defining moment referenced by millions around the world.

On July 23, NuRenaissance Media Co. will launch a new two-part project that takes its cue from this Pop culture reference. Dubbed “REDD & bluu,” the two-part EP features artists Nick Aluoch and Christopher Collier who founded the independent label in March 2017. Their Knoxville-based media company is composed of urban artists, photographers and directors, and operates under the mission of pushing new boundaries in music and film. This new project is the perfect example of how these two young entrepreneurs and artists are using Pop culture to challenge pre-conceived notions about the world and inspire music lovers to take bold action toward positive change.

“The red pill/blue pill concept is used on this project to showcase how everything is not what it seems in America,” said Aluoch who goes by the stage name Nicolas Soul. “That idea is exemplified by the allure of opportunity and its goal to mask systemic corruption and racism. Our media collective exists to advocate for creativity and individuality in music and film. All proceeds from the project will be donated to the NAACP Legal Defense Fund & Color of Change charities.”

The debut single from the project is a song called “spiderman” which Nicolas Soul said serves as an allegory for the loss of childhood innocence. Currently available across all streaming platforms, the song’s lo-fi Hip Hop vibes are a perfect introduction to the full album, which is set to release on July 23.

Originally from Kenya, Nicolas Soul moved to the U.S. and didn’t have a lot of friends. His emotional outlet became music, and though it started as something to listen to when he was alone, it grew to become his life’s passion. What started as an inspiration from the impressive lyricism of Eminem has grown into a more mature and expansive set of influences that include artists such as Lauryn Hill, Kanye West and Childish Gambino, among others. His signature sound features both singing and rapping, and true to his stage name, he wants to bring music that will always be honest and soulful.

“The most important thing for me in making music is to always tell my truth and what I’m currently experiencing or what is happening in the world around me,” he said. “What sets me apart is that I’m always going to remain true to music being an outlet to getting out my frustrations. A lot of people don’t have a connection to music because of how over-saturated the industry is, but my truth is gonna shine no matter what. Our truth is gonna shine through that’s why we started the NuRenaissance. It’s like the Harlem renaissance but in 2020, with people who do art and music. We want to push for a renaissance movement in the world, and I want to be one of the influential figures in that movement. I have a big goal and passion for attaining those goals.”