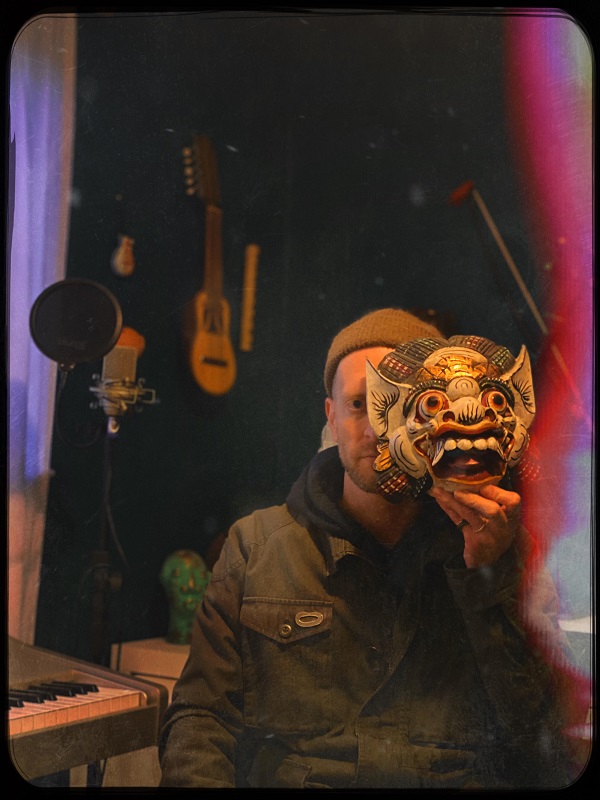 SACRAMENTO, CA – Roving Jewel is a beatmaker, producer and multi-instrumentalist from Sacramento, California whose new album “The 38th Expansion” gives fans of Hip Hop a throwback flavor that’s reminiscent of the mid-90s and early 2000s. With production that’s drenched in gritty Boom-Bap, Soul, Jazz, World and Psychedelia, Roving Jewel has a unique sound and style that is lighting up the West Coast. He first caught attention with his instrumental project, “Auditory Hallucinations,” earlier this year and is now ready to follow that up with his full-length album “The 38th Expansion.”

The project is unique in that this well known industry-respected producer has partnered with 14 different artists to feature on each of the songs on the album. Artists include: Substantial, TEK (from Smif-N-Wessun), Killah Priest and Prodigal Sunn (from Sunz of Man), Casual (from Hieroglyphics), 9th Prince and Kinetic 9 (from Killarmy), Zion I, Planet Asia, C.O.N-Vers, The Shaaw Brothers, Andrew Lozano, Mother’s Milk, and El Conductor as the DJ on one of the tracks. Together, these notorious industry veterans help Roving Jewel create a sound that takes listeners back to the golden era of Hip Hop.

“These artists are a lot of heavy hitters from the mid-90s and early 2000s hip-hop,” Roving Jewel said. “I wanted some legendary emcees on there – people who had the kind of sound I grew up with. When I pitched the idea to them, they were down to work on the project. It’s something that we’ve crafted together over the past six to eight months. I’m 38 this year, which is a big part of the reason for the name. But that number is also an auspicious number in numerology. It represents a time of growth, creativity and expansion that’s usually marked by some sort of turmoil before growth. That’s a good metaphor of 2020 and what this year has brought for so many of us. So on this album, you’re going to hear a lot of things that reflect what we’re going through in present times – from civil rights to racial tension to police brutality and of course the pandemic. Ultimately, it’s an album that captures the mindset of how everyone is making it through it.”

The debut single from the project is a song called “On Everything” which features Substantial – known for his insightful lyrics and his work with acclaimed Japanese producer Nujabes known for his jazzy and soulful take on Hip Hop. Roving Jewel said the song definitely embraces that jazzy, soulful vibe as Substantial raps about what he’s facing as a black man in America right now and what he has to go through in his day-to-day life. It’s a song that he said not only demonstrates the individuality of each of the artists featured on the project, but also which sets the tone for the creativity and diversity of the entire album.

“In Hip Hop, a lot of the stuff you hear in the mainstream today is Trap-infused and to me doesn’t have the soulfulness and warmness – or even the grittiness – that the mid-90s had,” he said. “I kind of wanted to embody that as an echo back to that golden era. I also included some stuff to make it sound like it was brought up in the present times and some things that can take us into the future as well. In some cases, you might hear some weird synth sounds, some angelic voices in the background, or soundscapes with sparse percussion to create that futuristic sound that pairs well with the 90s era of Hip Hop.”

To listen to Roving Jewel’s music or to follow him on social media, please visit: